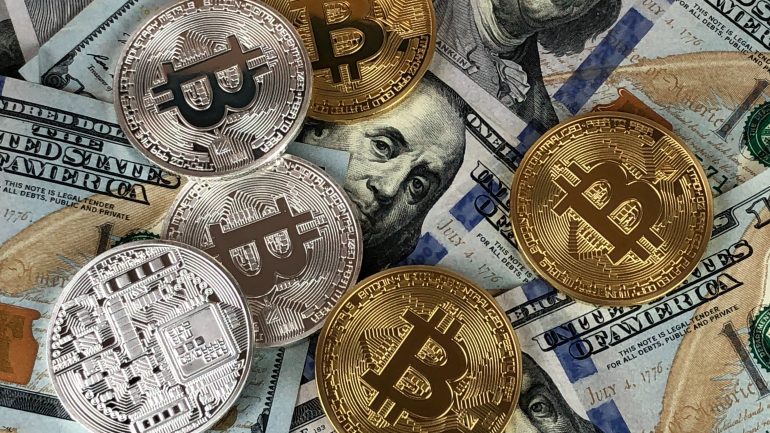 Everyone wants to know the future. How would have been if you bought Bitcoin in 2010? We’ve gathered together a list of bitcoin price predictions for 2018 and the following years. No one can predict exactly the bitcoin price in 2018, but these expect might be close to it.

After 2017’s bull run in the crypto market, investors are wondering when Bitcoin will reach new all time highs. Will that be this year? The next one? Will bitcoin ever be worth $1,000,000 dollars? Let’s see what notable figures from the cryptocurrency world are  saying about it. So, what are experts saying about Bitcoin future price?

Mr. Draper, a popular VC, predicted in 2014 that bitcoin was going to reach $10,000. It means that his models were not so far from reality. But what about the future? Just some time ago, he said that the most important cryptocurrency in the market will be worth over $250,000 dollars in just four years.

The London-based investor has not been involved in cryptocurrencies during the last years. But he made a Bitcoin price prediction that is based on the likelihood of some developments that could take place during this and the next years.

According to Zerohedge, he said that Bitcoin can touch $90,000 dollars this year, being an interim target. In the future – two or three years – bitcoin price could grow up to $700,000.

Kay Van-Petersen, analyst at Saxo Bank said that Bitcoin could reach new all time highs this year. The prediction that he did would place BTC between $50,000 and $100,000 during this year. Apparently, he makes a correlation between bitcoin price and the futures contracts:

“First off, you could argue we have had a proper correction in bitcoin, it has had a 50 percent pull back at one point, which is healthy. But we have still not seen the full effect of the futures contracts.”

One of the most important portfolio managers, Jeet Signh, has given his prediction for Bitcoin during this year. At the World Economic Forum in Davos he explained that ‘Bitcoin could definitely see $50,000 in 2018.’

One of the founders of the cryptocurrency exchange, Gemini, said that bitcoin could be worth 40 times its current value. Why he say so? Because he compared the market cap of gold with this of bitcoin.

During an interview with CNBC he commented:

“So if you look at a $100 billion market cap today, now last week it might have been more like 200, so it’s actually a buying opportunity, we think that there’s a potential appreciation of 30 to 40 times because you look at the gold market today, it’s a $7 trillion market. And so a lot of people are starting to se that, they recognize the store of value properties.”

Moreover, he said that Bitcoin is very unappreciated as an asset due to the fact that it has a fixed supply, and there is an increased demand for it.

As reported some days ago at UseTheBitcoin, Thomas Lee, Managing Partner at Fundstrat Global said that during 2018, the famous cryptocurrency could grow 70% after the Consensus 2018 Conference. Moreover, he also predicted a $91,000 price until 2020.

“Already one of the largest crypto conferences in the world, attendance this year is up dramatically and coming at a time when Bitcoin/Crypto is down YTD. Hence, we expect the Consensus rally to be even larger than past years.”

According to Dan Morehead, CEO of Pantera Capital, Bitcoin could reach new highs during this year. “Bitcoin could drop 50%,” he said, but it can be much higher than the last all time high in December 2017.

“Bitcoin could be down 50 percent next week… where it was a month ago, but in a year it’ll be much higher than it is today,” he said at the end of 2017.

The American entrepreneur and investor, Anthony Pompliano said that Bitcoin could reach as much as $50,000 dollars during 2018. That menas that he is very bullish on Bitcoin considering that bitcoin was always traded under $20,000 during 2018.

Another important figure in the cryptocurrency sphere, Max Keiser, said that bitcoin could be reaching $28,000 in the near future. In a tweet he wrote:
“#Bitcoin double-bottom holds. New ATH in play. $28,000 in play.”

Bobby lee, board member of the BTCFoundation, and founder of China’s first Bitcoin exchange, said during a blockchain meeting in London, that Bitcoin will surpass $1 million dollars.

Yes, according to Bobby Lee, Bitcoin will be worth more than $1,000,000 dollars. Something similar to what John McAfee said. But the main different is that Bobby Lee thinks that this can happen in 20 years.

While speaking at the London Blockchain Week, Mr. Lee said:

Llew Classen, Executive Director at BitcoinFoundation said that Bitcoin is on the right track to reach the $40,000 dollars’ mark. At the same time, he said that as cryptocurrencies are something new, it will be risky and exciting.

A Bitcoin survey conducted by Finder.com shows that Bitcoin will pass $43,000 by December 2018. This is more than double from the last December when the famous cryptocurrency was traded around $20,000 dollars.

“While we saw the top 10 coins dive by 24 percent last month (February), our survey shows panelists are expecting this to be a bump in the road as these coins are set to recover.”

Of course it would also be important to take into account regulations, laws, banking systems and new technologies that could re-shape the landscape.

Arthur Hayes, BitMEX CEO, has made an important prediction for the Bitcoin future price. According to him, Bitcoin could reach $50,000 by the end of the year, only if volatility remains in the market.

“I am a volatility trader at the end of the day. We make oyr money if it is volatile. If it goes up or it goes down, if you have Bill Gates calling it a fraud, then short it – I don’t care. Or if you think it is going to be one million dollars in a few months, great! Buy it, still don’t care, we just match trades.”

As more investors enter the market, volatility seems to be getting smaller and not so frequent as before. But it does not mean that Bitcoin will not be able to reach $50,000 at the end of the year.