Markets by TradingView
Home » Best Platforms for Bitcoin as Collateral

Best Platforms for Bitcoin as Collateral 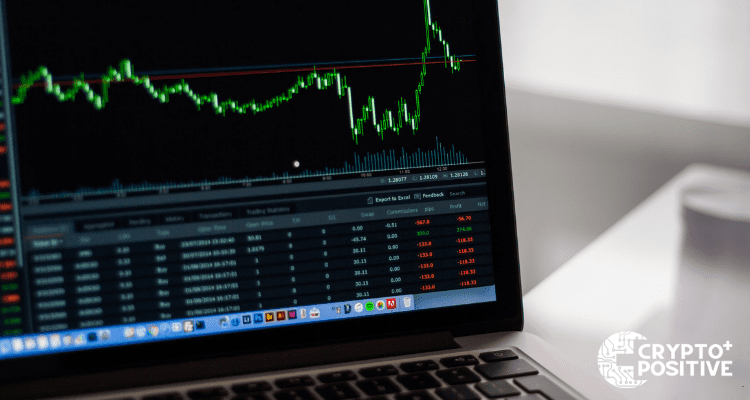 The value of the digital gold of our era, Bitcoin, is increasing due to high demand and the scarcity associated with it. Bitcoin is starting to be perceived as a precious store of value. Cryptocurrency owners tend to hold onto their investment for a more extended period of time, partly due to Bitcoin and other digital assets’ tendency to increase owners’ profits. As such, demand for bitcoin collateral loans is becoming an endeavor businesses than to cash in on.

Demand for bitcoin lending platforms has surged in 2021 as the price of Bitcoin has reached a new all-time high. As such, lending firms that accept bitcoin or other cryptocurrencies as collateral have nearly tripled the number of crypto assets that they hold and manage for their users.

Banking those that can’t be banked.

Cryptocurrencies, despite their value and increasing acceptance, cannot be accounted for as collateral. Even though significant entities such as PayPal, Visa, or JP Morgan acknowledge the value and use cases of Bitcoin, banks fail to offer loans against Bitcoin.

Companies have identified a market gap and have created platforms to aid those who wish to keep their investment. Whether they are decentralized or centralized platforms, BTC-backed lending sites offer new avenues for crypto holders to lend against Bitcoin.

The cryptocurrency and financial institutions gap

Since 2017 Bitcoin has solidified its place in the growing digital economy as a safe-haven asset. In 2021, bitcoin’s value and comparison to digital gold have been reinforced by institutions and key players in the tech and business world as price volatility steadily decreased.

Bitcoin is being offered to large-scale investors by investment funds and is no longer labeled as volatile and low risk. Its status has consolidated in the current digital landscape, and new platforms bridge an ever-important gap to offer loans against Bitcoin.

Selling one’s Bitcoin is a tough decision, which most individuals tend not to agree with as it has infinite growth potential. Thus, when users require fiat currency but are not accounted for by financial institutions, they are often left stranded. BTC-backed lending sites allow digital asset owners to use their Bitcoin as collateral and take out fiat currency in case of need.

Nebeus (Developed and operated by Money-4 Limited & Rintral Trading SL) is a 2014 cryptocurrency lending platform that offers 0% interest for bitcoin-backed loans for up to 3 months. Users can access a quick loan up to $500 for which they don’t pay interest. Nebeus also allows its users to access instant Bitcoin flexible loans with a Loan To Value going as high as 80%. Their APR varies depending on the LTV and starts from 6% and goes up to 13.5%. Loan terms can also be customized and can be as long as 36 months. Whether you need a quick loan or you can provide higher collateral in Bitcoin, Nebeus offers cash loans with highly competitive LTVs, interest rates, and term periods.

The Swiss financial company offers up to 90% LTV when borrowing against BTC and has an interest of 2.1% of the total contract. Loans cannot be lower than $100, and interest is set to be paid only at the end of the contract. YouHodler has fixed loan terms between 30 days and 180 days, and LTV is related to the contract term. By contrast, Nebeus allows users to set the contract’s length, and interest is decided on their LTV collateral. Thus users can opt for longer or shorter-term periods depending on their financial situation.

BlockFi is one of the largest players on the crypto collateral market, with a valuation of $3 billion. The interest on BTC loans is as low as 4.5%; however, they do not offer the possibility to have 0% interest on shorter loans. More so, users can only borrow up to 50% of LTV, whereas Nebeus users can opt to lend up to 80% of LTV. On a positive note, BlockFi’s low LTV of 50% means that they protect themselves and their users from bitcoin’s volatility. However, Nebeus also offers 50% LTV, giving people a choice, depending on their needs.

Nexo supports over 10 cryptocurrencies for collaterals and offers stability and security for users’ funds. Nexo’s LTVs only range between 20% and 50%, which is very low and a lot lower than all other competitive platforms. Additionally, their interest rates range between 5.9% and 12%, making their loans very expensive when looking at the correlations between their LTVs and interest rates. Nexo also has a threshold of $500 minimum for any loan, which is complicated if a person wants to get a small loan for daily expenses.

Celsius Network was launched back in 2017 as a mobile-only app. They off bitcoin-backed loans, but also work with over 30 other currencies. Celsius Network also offers a comparatively low LTV ratio between the range of 25-50%. On a positive note, they have very low interest, but to get the rates and benefits they advertise, you need to own CEL tokens. When you do not hold CEL tokens, you cannot access Celsius Network’s best interest rates. For people looking to get bigger loans, Celsius Network has a limit on how much FIAT you can withdraw, which is capped at $20K. This limit needs to be considered if you are getting a loan for a specific need and require to have it on your bank account promptly.

By contrast to the above platforms, LendaBit is a P2P bitcoin-backed loans platform. LendaBit does not give out loans but acts solely as a platform that connects lenders and borrowers. Because of the P2P nature, interest rates vary between 0.1% and 100%. However, new users have an interest rate of 0% in the first 45 days. P2P lending used to be very popular before the arrival of centralized lending platforms, but P2P lending was always considered very high risk, as many borrowers always defaulted on their loans.

Banking yourself using cryptocurrencies such as BTC as collateral has become a reality, as more crypto owners need to obtain cash for many different needs. The use cases for bitcoin-collateralized loans vary and include:

The bitcoin collateral market has been growing at an unprecedented rate, and the market size is forecast to reach $990 Billion in a few years. Have you started leveraging your bitcoin investments to get loans? If no, then now is the time to start, and the above platforms are a great starting point!