Bitcoin Is Consolidating Before Its Next Move Higher Says Michael Novogratz 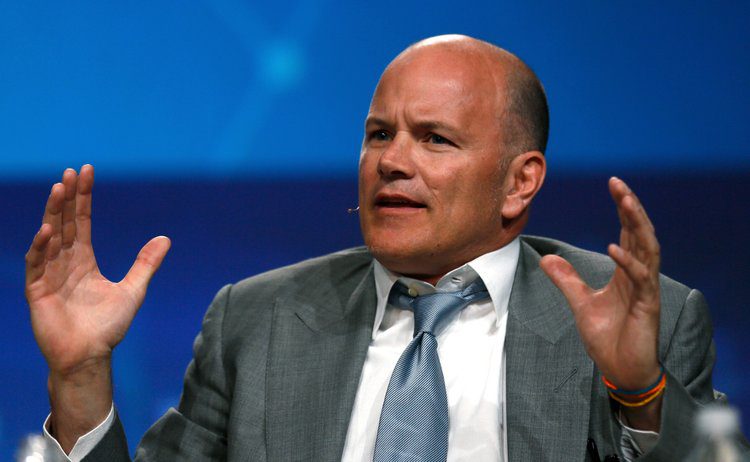 Bitcoin (BTC) may be consolidating before its next move higher. This is according to a recent tweet that Michael Novogratz, the former hedge fund manager, wrote a few hours ago. In this tweet, he has also said that Bitcoin would not go to $100.

During this year, Bitcoin has been growing after a bear market in 2018. The digital currency more than tripled its price after bottoming in December 2018, something that shows that there is a growing interest for the largest crypto in the market.

In this tweet, he said that if Bitcoin goes to $100, it will be game over for it and, perhaps, for virtual currencies. However, he clarified that it would not be going to this price level because it is an already established asset that works as a store of value. He has also mentioned that the digital asset is getting prepared for a move higher.

About it, he wrote:

“If BTC goes to $100, it is game over. IT WON’T. It’s already established itself as a store of value. Stop wasting your time with these tweets and go outside and enjoy the summer. BTC is consolidating before its next move higher. Let it work for you.”

If $btc goes to $100, it is game over. IT WON’T. It’s already established itself as a store of value. Stop wasting your time with these tweets and go outside and enjoy the summer. $btc is consolidating before its next move higher. Let it work for you. https://t.co/Q5zAMXlTmw

There were many users that were worried about Bitcoin falling under $10,000 during the last days after surpassing $13,700 a month ago. Nevertheless, Bitcoin recovered swiftly and moved above $10,900 once again. Now, users are expecting the digital asset to react positively to Bakkt launching a test of its Bitcoin futures contracts on July 22nd.

At the time of writing this article, the digital currency is being traded around $10,950 and it has a market capitalization of over $195 billion, as reported by CoinMarketCap. In the last 24 hours, the virtual currency experienced a price increase of almost 5%.

Michael Novogratz has recently mentioned that Bitcoin could reach $40,000 in the coming years. That means that the digital currency could grow almost four times from its current value. He said that this could happen if investment banks move into the cryptocurrency market. For this to happen, custody solutions for institutions should be developed and better and clearer rules should be established in the United States and other countries around the world.