Bitcoin (BTC) has just surged by 8% in some exchanges after several days of being traded close to $7,300. In this way, the market is able to recover part of the bullish sentiment that it lost in the last few months.

The largest and most popular cryptocurrency in the market, Bitcoin, was able to surge by 8% in some exchanges in just a few minutes. Coinbase users saw Bitcoin move from $7,200 to $7,775 in less than half an hour.

During the last year, Bitcoin has been indifferent macro trends. The first one was a bear market that was inherited from 2018 and it lasted until April 1st when the leading cryptocurrency entered a bullish season.

From that moment and until June 26, Bitcoin was growing on a weekly basis. In June it was able to reach $13,750 in some exchanges, the highest price registered by Bitcoin in over a year. Since that moment, Bitcoin entered a bear market that seems to continue until today despite the resent 8% surge. 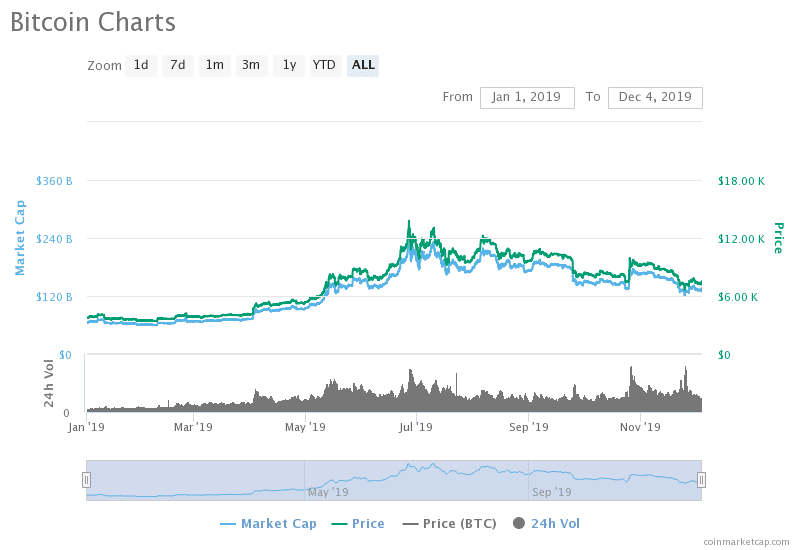 Now, traders and crypto enthusiasts are getting prepared for the upcoming hard fork that Bitcoin is expected to experience. In May 2020, Bitcoin will be reducing its rewards for miners that are currently controlling and confirming the transactions that take place on the Bitcoin blockchain.

With this new reward reduction, the price of Bitcoin is expected to be affected in the long term. Miners will receive 6.25 BTC instead of 12.5 BTC per block. That means that the new issuance of Bitcoin is going to be reduced by half.

Although the effect on Bitcoin’s price may not be immediate, in the long term and with an increased demand for this cryptocurrency, the price of Bitcoin could eventually move higher and surpass its previous all-time high.