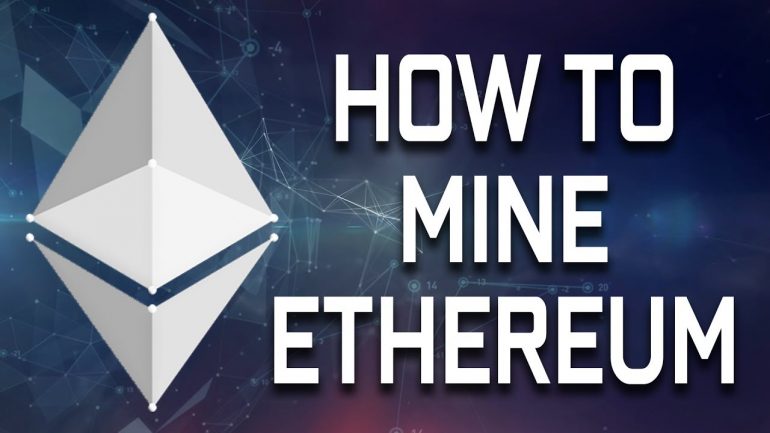 Getting started with Ethereum (ETH) Mining is simple. All you need is a Graphics Processing Unit (GPU), and you can start mining Ether. In this article, we are going to take a look at the process of mining Ether and what you need to mine Ethereum profitably.

What Is Ethereum Mining?

Cryptocurrency mining includes solving complex mathematical problems. Miners play a crucial role here as they spend most of their time solving these problems to provide ‘proof of work’ for the network to verify transactions in Ether. Additionally, after successfully solving these problems, they add more blocks to the Ethereum network, after which they are rewarded some Ether.

At its core, Ethereum is very similar to Bitcoin. It’s a decentralized ledger, verified and updated by participants on the network. Additionally, Ethereum requires mining just like Bitcoin.

During the creation of each block, miners apply computational power to solve the problems. More specifically, they take the block’s unique header metadata, which includes a software version and a timestamp, through a hash function, which generates a fixed-length string of case-sensitive random letters and numbers.

This string of random letters and numbers is known as a Hash. If the miner matches a Hash with the current target, the block is mined, after which it is broadcasted to the whole network as other nodes validate and record it in the blockchain.

Ethereum miners receive 2ETH, including all transaction and code-processing fees (gas) contained in their block.

As for the mining algorithm, Ethereum uses a hashing program known as Ethash, which differs from Bitcoin’s hashcash. Ethash is a hard memory algorithm, meaning it is designed to resist Ethereum-mining ASICS. Instead, it is best suited to GPU-mining.

Additionally, the price of transactions in both networks differ. In Ethereum, ‘gas’ transactions are used to power every operation. As such, users must spend some ether to make any changes to the blockchain. The amount of gas required is calculated based on the complexity of the operation, the bandwidth required, and storage needs. On the other hand, Bitcoin transactions are limited by the maximum block size, which stands at MB.

Before you start to mine Ethereum, you’ll need to choose suitable hardware for the job to set up your computer for full-time mining. There are two options, using your computer’s Central processing unit, or purchasing a Graphics Processing Unit card, which is more expensive.

However, mining with your computer’s CPU is not worthwhile, as even the cheapest GPUs are about 200 times faster than any CPU.

Before buying that GPU, the things you should consider include cost, energy consumption, and hash rate performance. You can also set up a mining rig, which includes several GPUs to increase your hash rate and chances of succeeding.

After selecting your hardware to mine Ethereum, the next step is installing the software.

First, you’ll need drivers for your graphics provided alongside it.

Next, download the whole Ethereum blockchain, which is about 20 gigabytes to set up a node and connect it to the network. There are several ways of doing this. For users familiar with the command line, you can install Geth, Ethermine, or MinerGate.

If you want to keep it simple, you can use GUI miner, which is more user-friendly, but less versatile compared to the command line.

After completing the setup, your node will be connected to all other nodes in the network. From here you can start mining Ether.

How to Mine Ethereum with Ethminer

After completing the setup, you’ll need to install mining software, which in this case is Ethminer for windows.

Your GPU is made to run the hashing algorithm by the Ethminer software. This process is essential to secure the network through proof of work. The software’s interface is command line, but contains versions of Ethereum network, thus more user-friendly.

Does Ethereum Mining Still Worth It?

Mining Ethereum is difficult and costly. Nonetheless, the difficulty to mine Ethereum is reduced by 50%. This was mainly caused by the reduction in mining reward from 5ETH to 3ETH per block.

As more and more miners continue to join the process, the mining difficulty continues to increase, thus making it more expensive. Nonetheless, the coin’s value continues to increase and is more likely to continue, which means that mining will be worthwhile in the long run.

However, as more changes continue to be introduced to the ETH mining network, the team behind these plans to adapt a new ‘proof of stake’ and ditch the ‘proof of work’ algorithm. Once this change is introduced, the network will ditch miners, as it will no longer require their services.

Additionally, the token creators will be chosen based on their wealth, also defined as a stake, and they will be rewarded for each transaction on the network.

After understanding how to mine Ethereum and concepts such as difficulty, you should also perform economic calculations. While mining earns money, it also costs money, so you should be careful not to end up with a negative ROI when you mine Ethereum.

You can use an Ethereum mining profitability calculator.

The fields in Difficulty factor, Block reward, and ETH/USD rate are updated automatically. You can simulate scenarios by entering random values.

For Hashrate and power (watts) ensure it is identical between the table and calculator, that is, MH/s, etc.

Pool fees %, this field is an option. If you’re mining alone, leave this field, but if you’re in a mining pool, you can enter your mining fees.

Apart from the option to mine Ethereum solo, you can join a mining pool or use cloud mining.

Mining through a mining pool is the easiest and fastest way to start mining. In this case, you work together with a group where you all share rewards. How often you find blocks and share rewards depends on the size of the pool. Nonetheless, the pools are quite different. The things to consider before joining an Ethereum mining pool include:

The size matters since the more the people increase the chances of getting rewards. However, the rewards have to be shared by everyone in the pool.

In cloud mining, you pay someone else to mine for you. This works by renting mining time from other people and in return, they give you the rewards mined.

This method is only profitable to the mining providers as it guarantees them profit. Additionally, the price of cryptocurrency does not affect them since you’ve paid upfront.

It is a risky venture to mine Ethereum, but it is also profitable given the rewards. However, before you start mining, consider the pros and cons of mining alone and joining a pool, and follow the steps above to get started.

Nonetheless, mining Ether will not remain profitable for long due to the coming changes, which will include the proof of stake, instead of the current proof of work. These are some of the things to consider before joining the mining business.