Markets by TradingView
Home » The Most Expensive NFTs: All You Need to Know

The Most Expensive NFTs: All You Need to Know

Non-fungible tokens, commonly known as ‘NFTs’ are assets that are unique in the world of cryptocurrency. They are in the form of rare digital art that is one of a kind and protected by their digital data stored in a blockchain. This means that you can be the sole owner in the world of a unique NFT for the right price.

It is often difficult to prove that you have the rights to a digital asset that is circulated online. With the emergence of NFT minting, along with the security that blockchains provide, you can claim ownership and get the basic rights of usage of any digital asset that you buy in the crypto market.

In this article, we will highlight the most expensive and sought-after  NFTs in the market, both sold and up for grabs.

A Short History of NFT

Ever since the first-known minting of a non-fungible token happened in May of 2014, not only has the hype gone up, but the value of famous NFTs has also greatly skyrocketed. By the next year, the Tech industry has caught up with the hype and a few months later, Etherea was launched.

From then on, many NFT projects have been launched such as the Cryptokitties, Cryptopunks, and even memes. The first minted NFT was called Quantum and it sold for $4. Today, many creators and artists are riding the NFT wave and are earning if they find the right buyers and audience.

Since these pieces of digital art are considered unique and rare, many people view them as priceless collectibles. This means that the prices for NFTs usually go higher than you’d expect, some even reaching more than $90 million.

The value of an NFT is determined by the market supply and demand, and it usually has a higher value if it represents a physical asset or if it’s limited. Here is everything you need to know about the most expensive NFTs in the market as of 2022.

The Merge is considered to be the most expensive NFT in history. The creator, Pak, is a renowned digital artist who has earned over $350 million in total for his previous works. The Merge was bought by 28,983 people last December for the whopping price of $91.8 million, surpassing artist Jeff Koon’s 1986 painting called ‘Rabbit’ which only sold for $91 million.

Beeple’s Everydays: The First 5000 days is one of the most popular NFTs in the space. Composed of 5000 works of art each one done every single day for 5000 days. Beeple is a digital artist and “Everydays” is a practice that he has done for the past 15 years, creating a new piece every single day.

Yet another one from the world’s most renowned digital artist Pak along with Julian Assange, the founder of Wikileaks is the third most expensive NFT in the world. This NFT gained attention for being a token that is dedicated to a social cause.

“Clock” actually represents Assange’s time spent behind bars at London’s Belmarsh Prison. The funds gathered from this piece were then used for Assange’s defense.

Created by digital artist Beeple, Human One is the next triumphant work of the artist next to ‘Everydays: The First 5000 days’. It is a kinetic video that depicts a sculpture or portrait of a human being born in the multiverse. This NFT is a hybrid of digital and physical technology showing an astronaut moving through changing landscapes inside a 4×4 box. 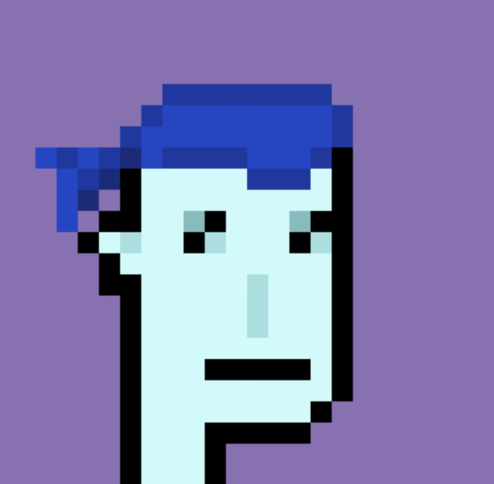 CryptoPunks is a project by Larva Labs created in 2017, coming in early and at the right time just before the NFT boom, Larva Labs have been able to mix the right amount of scarcity and demand as there will only be 10,000 CryptoPunks in existence.