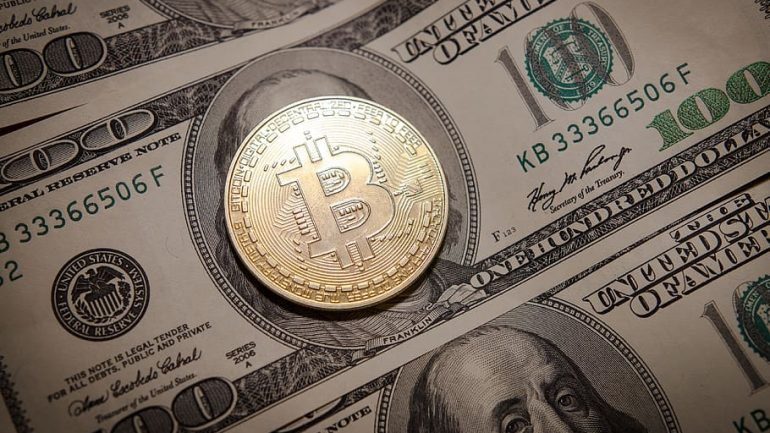 2017 will always be a milestone for Bitcoin, as it gained unprecedented exposure in public with a massive price rally from under $1,000 per bitcoin at the beginning of the year to around $20,000 by December. That was the first time people outside the IT industry really took a good look at Bitcoin.

Fast forward to 2020, many critics have declared that 2020 is the new 2017. With the world struggling in the COVID-19, traditional assets have taken a great hit, prompting both institutional investors and retail traders to take a safe haven in Bitcoin.

Following the third halving event that cut Bitcoin’s production by half, Bitcoin is steadily trading around $9,000 and even leaped to $10,000 once. Although correction is not off the table in the near future, the market is singing bullish for Bitcoin’s long-term performance.

In the first few years of Bitcoin’s introduction, it was mainly exchanged between the tech-savvy. To most onlookers, Bitcoin or cryptocurrency in general is likely “a scam” or “a bubble”. But with Bitcoin and blockchain technology continuing to prove their worth, financial giants, even countries, are warming up to them.

Recently, JPMorgan Chase has reportedly started providing banking services to Coinbase and Gemini exchanges. In a February report, JPMorgan recommended that cryptocurrencies can act as a long-term hedge saying that “The crypto market continues to mature, and cryptocurrency trading participation by institutional investors is now significant… they [cryptocurrencies] can uniquely hedge a yet-unseen environment entailing simultaneous loss of confidence in the domestic currency and its payments system.” 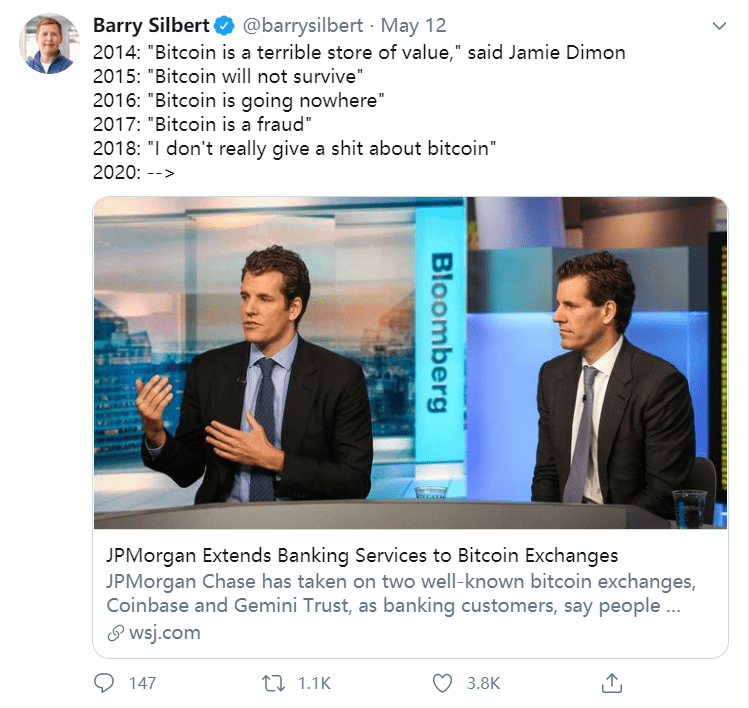 Another confidence boost comes from U.S. credit card giant Visa. Visa has cooperated with Fold, an app offering users bitcoin rewards, to launch a co-branded Visa debit card with bitcoin as the reward points. In a talk with Bloomberg, Fold chief executive Will Reeves showed his confidence in Bitcoin’s long-term performance:” People are not interested in spending bitcoin right now, but are interested in accumulating it.”

One big reason that deters on-lookers from investing Bitcoin is that it’s somewhat unregulated. More institutions joining hands in adopting Bitcoin indicates that Bitcoin is gradually earning more recognition it deserves in the market and this is no doubt a bullish signal for its long-term development.

Whales on Wall Street are Catching Up with the Trend

Under the impact of COVID-19, quantitative easing is on its way and many analysts argue that it will result in a systematic fiat devaluation, which motivates traders and investors to include more cryptocurrency into their portfolios. Paul Tudor Jones, the top hedge fund manager with a net worth of over $5 billion, has announced earlier that he has invested at least 1% of his portfolio in Bitcoin to hedge against inflation.

In a 58-page report of Bitcoin in 2020, Delphi Digital concluded that growing interest amongst institutional investors is evident and encouraging. In the report, Grayscale, the creator of the Grayscale Bitcoin Trust (GBTC), recorded the largest quarterly influx of inflows of $389.4 million into its GBTC product in Q1 2020, while in Q4 2019, the inflow was just about $200 million. 88% of the quarterly investment comes from institutional investors.

In view of Bitcoin’s newly acquired attention, Marcus Swanepoel from London-based bitcoin and cryptocurrency exchange Luno has explained that “Equities have come to the end of a ten-year bull run, fixed income is under pressure and we have seen the collapse in the price of a number of key commodities, so with the levels of quantitative easing coming into the markets we would hope to see a steady build in the price of bitcoin to the end of the year.” With institutional investors eager to invest in Bitcoin, a significant price rise in the long term seems more likely than ever.

Planning Ahead for The Bull Market

If history rhymes, Bitcoin’s price always bounced back from slight corrections after the halving and rallied in the long term. At the first halving, Bitcoin’s price surged from $11 to over $1,100 in one year. As for the second halving, the price soared from $600 to $20,000 by the end of 2017. The same could be applied to the third halving, however, this process might take months to happen, so it is advised to diversify our strategies – be bold while staying safe.

Here are two options worthy of trying while waiting for the bull:

Option 1: A Wallet Designed for Traders and HODLers

You might want to continue to hodl your BTC and wait for the bull market to come after the halving. However, as we don’t know how long it will be until the next bull market, meanwhile you could consider storing your BTC into an interest-bearing wallet, where your deposit could gain up to a 30% annualized interest rate.

Besides buying more BTC and wait for the bull market, you could earn additional BTC with leveraged trading, which allows traders to open a leveraged position X times more than their actual capital. By predicting the right trends of Bitcoin’s price, traders can earn greater returns within a shorter period of time. Bexplus, a leading cryptocurrency leverage trading platform, even offers a 100x leverage. Even at times of great volatility, you can generate profits with the help of Bexplus. And its Stop Loss & Take Profit options could help you lower the risks and lock in profits.