There are several positive things happening on Ethereum (ETH) right now. We are talking about how all the testnets have successfully upgraded to London, how gas prices have fallen to March 2020 prices and how different reports show the potential of this blockchain network.

The Ethereum ecosystem continues growing and moving forward. This can be seen in the different activities that take place on this network and how developers and users see the potential to implement new solutions and services. There are some things, however, on which we would like to focus.

Ethereum’s EIP-1559 Has Been Deployed on All Testnets

As reported by Tim Beiko, all three testnets have now upgraded to London, the recent EIP-1559 presented by developers. This hard fork for the Ethereum network could go live starting on August 4.

This Ethereum Improvement Proposal would change the fee model for the network and the digital currency would also become a deflationary asset. Rather than being a first-price auction fee network, Ethereum would now apply a base fee model.

On the contrary to what is happening in the gas market around the world, Ethereum gas prices have fallen to the lowest price since March 2020. This is due to the fact that the network congestion that affected Etheruem in recent years has declined. 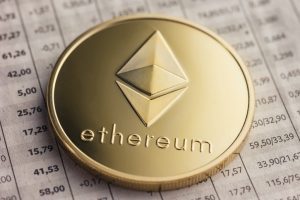 At the same time, with the expansion of other blockchain networks such as Binance Smart Chain (BSC) or Polygon, it becomes easier for DeFi users to find the platform they want to use. Furthermore, there has been a decline in the interest for virtual currencies in recent months, which could have also have a positive impact on gas prices on Ethereum.

With these positive things happening on Ethereum, the main question is whether it might be possible for the second-largest virtual currency to overtake Bitcoin. According to a recent note sent to clients, Goldman Sachs believes that Etheruem could overtake Bitcoin as its use cases continue to expand.

“Ether looks like the cryptocurrency with the highest real use potential as Ethereum, the platform on which it is the native digital currency, is the most popular development platform for smart contract applications.”

Indeed, Ethereum became popular due to the possibility to offer smart contracts to developers and the entire crypto community. At the time of writing, Ethereum has a market valuation of $260 billion while Bitcoin has a market capitalization of $624 billion.