The first thing you should understand about Ripple is that it’s a platform and a cryptocurrency. The platform is an open-source protocol built to enable cheap and fast transactions.

Ripple has its own digital asset (XRP), but anyone on the network can use RippleNet to create their own.

This article explains what is Ripple, the problems it solves, the difference between Ripple and XRP, the technology, competition, developments, partnerships, and XRP price prediction.

In this article, you will learn how to use a Ripple paper wallet.

Relationship and Difference Between Ripple and XRP

Brad Garlinghouse, the current CEO of Ripple and Chris Larsen, current chairman, have been forced to confirm whether Ripple and XRP are one and the same. This came from different individuals in the crypto market debating about this topic, which forced them to confirm that Ripple Inc. and XRP are different entities.

On the other hand, XRP is a digital currency created on the XRP ledger, a decentralized and open-source blockchain. The cryptocurrency can be traded on different crypto exchanges as an independent asset.

Note: XRP is not a security, as such, being in possession of the digital asset does not mean you share on Ripple Inc. as is the case with stocks.

Nonetheless, both entities share a unique relationship. First, Ripple owns about 60% XRP tokens in supply. While most crypto companies release a high number of their coins for a private or public sale, the coin’s executive, Garlinghouse stated that they released the tokens to Ripple Inc. as a gift.

The team developed the xRapid feature on the platform, which integrates XRP and the XRP ledger. This feature allows users on the platform to reduce their liquidity costs and facilitate payments around the world in real-time. This feature is illustrated in the figure below: 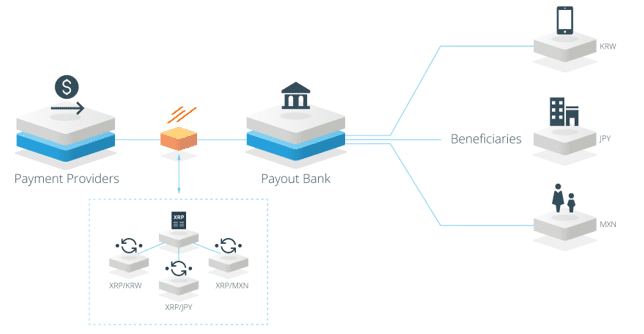 One major fact about this feature is that it’s not owned by the Ripple platform or any single entity, which nullifies the claims that it is centralized due to its connection to Ripple Inc.

Ripple is a registered company based in the United States and is led by a board of directors, founders, and other shareholders. The company’s management is done by individuals that own and control the functions and running of the firm.

On the other hand, XRP is not managed by any single entity. Rather, it’s owned by a community of XRP holders who play a significant role in the coin’s success. Additionally, this community develops solutions on the XRP ledger at will.

Ripple Inc. is owned by both Brad Garlinghouse and Chris Larsen, the two major shareholders of the San Francisco based company. Larsen owns a 17% stake and an additional 5.19 billion XRP tokens. Garlinghouse owns a 6.3% stake.

Currently, the state of global payment systems is quite behind. For instance, you can stream and download entire movies on your phone in the most remote areas, but sending little money to your relatives in a different country takes time and requires processing fees.

It’s no secret that financial institutions make billions of dollars on payment fees, and they’ve been trying to innovate systems that will always put money in their pockets. This is one of the main reasons why Ripple has developed a system that aims to work with the current financial system.

The system is based on internet protocols that permit international and domestic payments of any currency and eliminates third parties in the process.

The system has already been adopted by several banks in the United States, and the platform is looking to become adopted on a global scale. The system works alongside the current global financial system. The platform links these financial systems seamlessly, enabling them to operate more efficiently on a single global network.

According to Welly Sculley, the Director of Business Development, “Ripple is not designed to replace central banks or correspondent banks.” It’s a natural technology that they can adopt to increase the efficiency of transferring value domestically and cross-border.

To understand how this works, let’s first talk about RTGS and RTXP.

When sending money via BTC, the value of the transaction amount is set in real-time. This is what is meant by Real-Time Gross Settlement.

Ripple uses gateways, this entails a global ledger containing private blockchains. The Ripple gateways provide a way through which companies, financial institutions, and governments can be part of the network. This is known as Ripple Transaction Protocol (RTXP), also known as RippleNet.

After joining the RippleNet, a company or any other government can conduct business with other companies in the gateways faster and while spending less. Additionally, RippleNet enables you to receive payments on any digital currency or fiat currency.

Note: RippleNet functions as a currency exchange. Nonetheless, it must first guarantee liquidity. This is where XRP comes in, it provides the liquidity needed to payment providers, banks and market makers.

xCurrent is Ripple’s enterprise software solution that enables banks to instantly settle cross-border payments with end-to-end trading. Using this solution, banks can communicate with each other to confirm transaction details, before and after initiating a transaction. The main aim of this software is to ensure that these transactions are consistent and that there is legal clarity of each transaction.

We have already explained xRapid above.

xVia is part of RippleNet, and it enables banks and other companies to leverage benefits of RippleNet to send and receive payments from emerging markets. Basically, this development is a chance for emerging markets to succeed on a global scale by transacting with global financial companies.

Similarly, xVia provides quick and easy to implement solutions for financial institutions and corporate marketplaces that are looking to expand their business. The solution acts as a bridge that connects large and small markets in the global payment transactions. The xVia creation will see tremendous growth of markets in a cost-effective way since transactions have been made easier and more affordable. 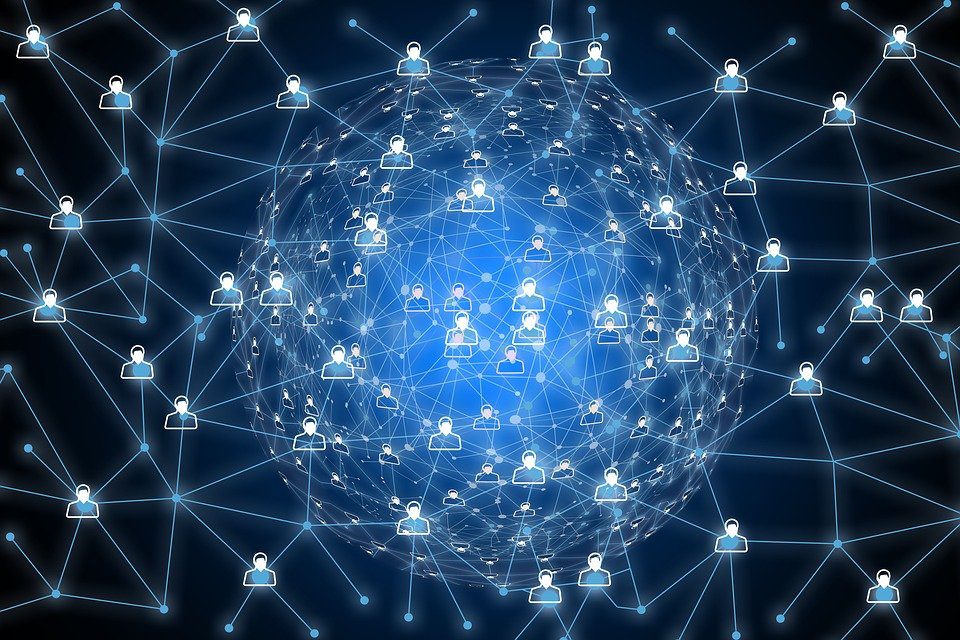 Unlike Ethereum or Bitcoin, Ripple does not have a blockchain. This sounds very strange, right? How can a digital currency without a blockchain verify transactions and ensure everything is okay?

This is where RPCA comes in.

The word ‘consensus’ in the abbreviation means that, if every node agrees with the rest, there are no issues. For instance, take an example of an arena with about 50 wise old men, and a city needs a unanimous decision from them to decide on something. If all agree to start a war, march on another territory or punish a certain offender, then it will be done. However, if one disagrees with this decision, then it will not be done. 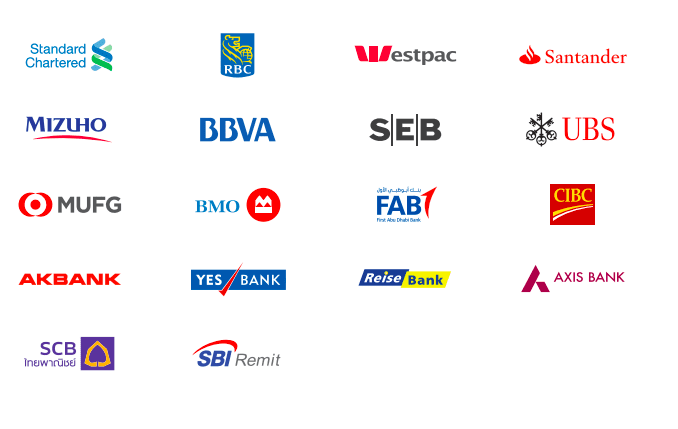 In an interview with Fortune, Garlinghouse stated, “Not many months ago, the media was saying no one will use XRP, which made for good skeptical headlines. Today, you can’t say that as people are starting to use xRapid because it’s better, faster and cheaper.”

The platform’s major competitor is Stellar. In factor, the founder of Stellar Jed McCaleb was one of the founders of Ripple, but left the company in 2013, due to some disagreements with team members.

Both platform work specifically to better cross-border payments and have a similar build. Nonetheless, Ripple is for profit, while Stellar is non-profit.

The overall mission of both projects differs to some extent. While Ripple is mainly focused on major financial institutions, Stellar is focusing on the little guy to enable banking to the unbanked.

Ripple announced its decentralization strategy in mid-2017. In this announcement, the company mentioned plans to increase the number of XRP ledger validators and expand them to 55 nodes by mid-2017.

Currently, Ripple has about 26 nodes. However, Ripple only has control of 7 nodes, meaning that the majority are being controlled by external parties. This push towards additional third-party nodes is evidence enough of the platform’s efforts towards more decentralization.

Is XRP a Good Investment?

Note:  There’s nothing as 100% free-risk investment. In any case, it is up to you to make a decision. Nonetheless, let’s look at some benefits and drawbacks of XRP.

What Experts Think About Ripple’s Future

According to the CEO of Pinnacle Brilliance Systems Inc. Roman Guelfi-Gibs, “Ripple certainly has the potential to move up a notch in 2018, but I think it will be more likely in 2019. As the market observes more projects being coded in other algorithms such as XRP, ETH will likely take a backseat to the next big coin. It will take some time for the markets to digest this, so I am projecting 2019 to be the likely time for it to take place. Of course, with crypto, anything can happen, so watch closely.”

Where Can You Buy And Store XRP?

You can get XRP on exchanges such as Kraken, Binance and Bittrex.

If you intend to purchase large amounts of XRP and hold for long, we recommend you buy a hardware wallet. Hardware wallets are much safer since they are offline.

Here is a list of the best XRP wallets.

Whether or not you decide to invest in XRP, you should watch out for the developments by the Ripple Platform. The platform has proven to be a force to reckon with in the global payment systems, and may likely replace the old guard financial system.

The platform has developed many solutions to better global transactions, despite its minimal applications to the average person. Nonetheless, when looking at Ripple, view it with the lens of the global payments ecosystem, it’s the proverbial established Goliath vs. high-tech David.