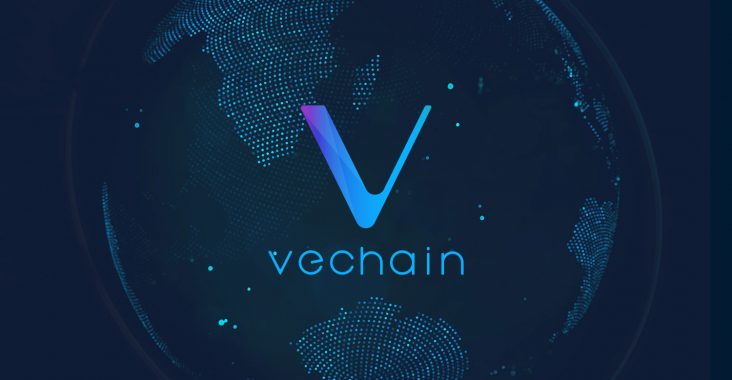 [Updated October 11, 2020] Vechain didn’t see the end of the year it would have hoped for after experiencing an attack in the last month of 2019. The breach saw Vechain Foundation lose VET tokens worth over $6 million and was attributed to human error, consequently leading to the platform’s CFO stepping down. After the Foundation did issue an announcement claiming to have corrected the mistake and left the final decision on whether to burn the stolen tokens or not to the Vechain community.

Price-wise the VET token is likely to benefit massively from the Chinese government embracing the blockchain technology. Last October, the president of China Xi Jinping said that the application of the blockchain tech was going to play a crucial role in the new technological innovation and industrial transformation.

In 2020 the price of VET is expected to be full of spikes, and if the altcoin market experiences significant bullish momentum, this could push the price of the token toward the $0.5 level.

In this piece, we are going to take a look at a few expert predictions, technical analysis, and recent events that have the potential to push the price of Vechain higher this year.

Experts’ Opinion On Why Vechain Will Rise

You should watch out for what crypto expert says about your favourite coin’s future price. Even though their predictions may not be exact, they certainly impact the market. Let’s take a look at some expert opinions on VeChain’s future price.

According to Roger Ver, also referred to as “Bitcoin Jesus,” and one of the most influential voices in the crypto sector, VeChain has a bright future. He argues that the platform’s primary mission is to solve real-world problems and has applications serving many industries. Ver stated that, as much as he is interested in the blockchain that enables a permissionless peer to peer digital cash system, VeChain has some exciting ways of using them to stop counterfeit goods and make P2P permissionless markets more trustworthy.

Tim Draper, a Silicon Valley legend, a renowned investor in many companies, as well as a big believer in digital currencies, joined the VeChain team early last year. This move was lauded by the VeChain Foundation, who stated that Draper and the platform has a similar vision as regards to the future of cryptocurrencies and blockchain solutions.

This month has seen VeChain surge more than 100%, and for the first time since the summer of 2018, VET has broken the 200-day exponential moving average (EMA). Within the period, the coin has also managed to break a 14-month long downward trend. The gains can be attributed to the Chinese president Xi Jinping embracing the blockchain technology.

The price prediction and outlook for the next 3 to 6 months will be based on a conservative approach—but anything can happen with cryptocurrencies and major price movements can happen at any point in time, like how Ripple in late last September went from $0.32 USD to $0.69 USD in just a few days.

This is due to the factors explained below, including the price of THOR (VTHO) tokens and its use and Transactions on the VechainThor platform.

The Effect of Vechain THOR on VET Price

We’re not quite sure yet. There hasn’t been much THOR price action in the first two months because the volume has been low. Many seem wanting to hold their THOR until volume appears to increase the price.

Also, the only place it’s available to trade is on the LBANK exchange. This will all change in the coming months once OceanEX trading platform comes live at the end of October.

OceanEx will be running of VechainThors blockchain platform and holders will have the ability to convert or reinvest VTHO straight into VET and thus increasing the VET price. This could be one of the many reasons why VET price could rebound.

Demand for THOR will also increase once Vechain’s enterprise partners start using the blockchain. Everyone for this moment as the project really “comes to life”.

Most of the enterprises are currently on test net running testing transactions, but this will soon change. We are expecting a migration over to main net soon where we will see an increasing number of transaction and smart contracts to occur before the year ends. Transactions can be monitored on Veforge.

There are many other partnerships between VeChain and recognized companies in the market. For example, the Norwegian Royals have witnessed VeChain and DNV GL agreement some months ago. This is certainly bullish for the entire crypto market that is expanding on a daily basis.

The more transactions and smart contracts on the chain mean more VTHO will be burned. These transactions require VTHO to be used and burned.

As more VTHO is burned, enterprises will need to go on the market to buy more VTHO in order to execute blockchain writing. This would thus increase the value of VTHO. If an enterprise doesn’t want to go this route, it could buy VET and produce its own THOR; a move which should see a price increase in the native coin (VET), still boosting the value of holders.

While all of this happens, Vechain is currently in talks with the Chinese government to create a new carbon ecosystem—this time with multiple participants (large enterprises) that could. take part. This would be even bigger than BYD’s Carbon Credit application for electric vehicles. Vechain could find itself as the primary blockchain for an entire ecosystem of the “tracked” economy within Chinese initiatives.

On February 18 VeChain announced that it had partnered with Amazon in a move that will see the network of the cryptocurrency grow and also boost its price in the next few months. The blockchain has launched an integrated one-click solution into the Amazon Web Services cloud that will allow many enterprises to deploy quick, compliant and secure blockchain applications.

The integration will be through VeChain’s Blockchain as a Service (BaaS) which was launched in 2016. The platform combines many different solutions including identify verification, NFC+RFID chips, enterprise IT services, and blockchain encryption all of which are used to offer a complete IT solution.

The BaaS platform will now allow different businesses to build up and use their own blockchain applications even if they don’t have any technicality. It will be easier for companies to run their smart contracts on the cloud.

With the one-click solution, VeChain’s BaaS solution will utilize the AWS CloudFormation and enable customers to deploy just one click. This will help eliminate the cumbersome manual deployment that is associated with the emerging industry.

The new collaboration was met with excitement among the VeChain community and as of the time of writing VeChain has gained 16% over the past 24 hours. This positive momentum is expected to continue over the next few months as VeChain establishes itself as the number one blockchain platform.

Walmart China has recently announced a new VeChain powered food traceability platform. The goal is to provide consumers with the possibility to have more information about the quality of the food they are buying.

Users will be able to scan the QR code from different products sold in China and understand how they have been produced.

“Wal-Mart has always been committed to becoming a retailer trusted by consumers. In the 23 years since entering China, Wal-Mart has continuously strived to improve food safety and quality management. Blockchain technology will help Wal-Mart become a leader in commodity retrospective management in the retail industry.”

This is very important for VeChain holders that are trying to understand how the digital currency is going to behave in the future. As per VeChain Insider, the recent increase in transactions on the VeChainThor blockchain can be related to Walmart going live on-chain with 23 different products.

All the transactions will require VTHO that is generated by VET. There are 37 million VTHO generated each day. More than 20 million VTHO are also burned every single day. In the future, the number of transactions could grow since Walmart is expected to scale the platform by another 100 product lines.

It is worth mentioning that this is going to be just one of the partners of VeChain. As the product shows positive results in Walmart China, there may be new interested parties in improving their solutions by implementing blockchain technology through VeChain.

According to the team behind VeChain, there could be over 2 million daily transactions with the help of Walmart China. This would make VeChainThor a bigger network than Bitcoin (BTC) and Ethereum (ETH) combined.

There are also other companies around the world that are already using blockchain technology in order to track different products in supermarkets. This is very positive for individuals that would be able to have more information regarding the products they purchase in different retail stores in different countries.

Fundamentals are very important for a cryptocurrency network. During periods of weak growth or a bear market, it is very important for crypto and blockchain projects to remain active improving the solutions they offer to individuals. VeChain continues to expand in the market. Since the beginning of August, the number of accounts with more than 1 VET grew by almost 4%.

It will be very important for companies to embrace VeChainThor and improve the products and services offered. This is going to help increase adoption of VeChain and help increase the price of the VET digital asset. More partnerships and agreements with firms are going to be very bullish for the long-term price of this digital asset.

According to the analyst TheDailyChartist in TradingView, we see that the VET/USDT trading pair could be rebounding close to the 0.008640 USDT level or close to 0.010999 USDT level.

The analyst considers that the entire context is good for a new leg up if bulls hold the 0.01 level. If the weekly candle closes above that level, then we could continue moving higher in the near future.

VET SHORT by Amir_Gholizade on TradingView.com

Amir Gholizade, one of the analysts working on TradingView considers that this is time to enter a short position for altcoins. This could push VET to the zone of 0.011342 from the current 0.012381. If VET falls from here we could see it falling until it reaches the support level we mentioned before.

The RSI index is also showing a growing trend that could be compatible with a local bottom right now for VET. However, we need to take into consideration that most of the altcoins in the market follow Bitcoin (BTC) and the general trend followed by most of the virtual currencies.

Correct me if i’m wrong? #SHORT by drost2000 on TradingView.com

The VET/USDT trading pair could be in a very difficult moment. According to the analyst, there has been a very clear bearish flag on in the 1D chart that could show a continuation downwards. This could push VET to the next support level at around 0.01 USDT per coin.

This comes after months in which VET has been traded in a very positive trend and where the digital currency was able to register clear gains. The main question remains whether the entire crypto market will continue to fall or this is just a pause in a larger bull trend market.

Target for VET in September 2020 by carlosvarlo on TradingView.com

The VET/USDT trading pair is also experiencing a correction after a massive bull run that started in March this year after the COVID-19 crisis. At the moment, the analyst carlosvarlo is showing a few price targets for the following weeks for the VET digital asset.

The analyst shows that VeChain (VET) has bounced off a very long-term trend line that started on May 21st, 2020. The digital currency is also forming an ascending triangle that is below the strong resistance level on the daily and lower time frames.

The analyst considers that an entry point could be close to $0.020429 and only if the digital currency closes above that price level. Some of the targets the analyst is following include:

Want to trade for Vechain’s VET token? You can do so with ETH, BTC, or BNB on the Binance exchange.