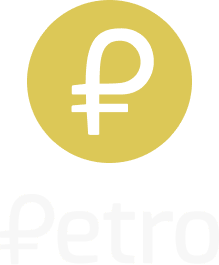 Venezuela will be airdropping its national cryptocurrency called petro to all eligible citizens. According to a recent official announcement made by President Nicolás Maduro,  its government is getting prepared to give 0.5 petro to millions of individuals in the country.

As Maduro explained, they are going to be giving away 0.5 petro (close to $30) to a large part of the population. Many of those that are going to receive these funds include pensioners, public workers and military personnel, among others.

It is worth mentioning that Venezuelans have experienced a deep economic, social and political crisis in the last decade that got worse after the death of Hugo Chávez in 2013. Inflation exceeded 1 million percent in 2018.

In order to receive the 0.5 petro, users will have to download an application called Petro App and create an account on it. This would allow individuals to buy and exchange their funds for Bitcoin (BTC), Ethereum (ETH) and Litecoin (LTC).

The Petro was released by the government a few years ago and it aims at providing users with a cryptocurrency that would be used for daily purchases and savings. This is not the first time that the government tries giving away Petros to citizens. In 2018, Maduro decided to grant tokens through the Patria system.

The cryptocurrency managed by the country aimed at helping the country reduce its dependence on the U.S. dollar and reduce the negative effects of the sanctions imposed by Western countries.

Although this seems a positive step for cryptocurrencies, the country is being affected by public and economic policies that brought poverty to millions of citizens. The ‘Petro’ would not help the country avoid its economic recession and having a controlled population without freedom.

Cryptocurrencies were created to fight governments such as the one that Maduro is currently leading. The Petro cryptocurrency could help individuals for a short period of time but it would definitely not be solving the main issues that the economy is currently experiencing.

Other countries are also planning to launch their own cryptocurrencies. For example, the Central Bank of Sweden is analyzing the possibility of issuing an e-krona that would be work as the digital fiat currency of the country. However, there is no official date or plan to launch this Central Bank Digital Currency (CBDC). Other countries analysing the possibility of launching a CBDC include the United Kingdom and Ukraine, among others.