Markets by TradingView
Home » What is Komodo (KMD)? All You Need To Know

What is Komodo (KMD)? All You Need To Know 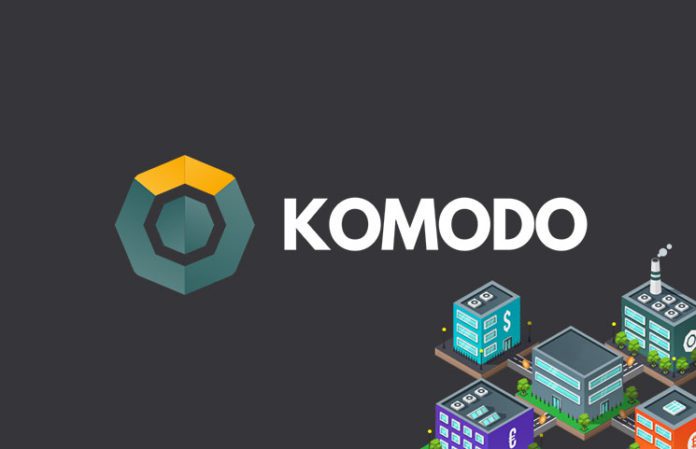 The daily rise of the number of cryptocurrencies has brought about over 1500 coins and tokens we have in the market as of today. Though it’s difficult to tell which project will succeed, and to what extent. Few projects have caught the attention of investors based on different criteria. Some altcoins have done great based on the fact that the development team behind them have once been involved in other successful projects, and some just because of its security features. But whatever the reason, Komodo is a cryptocurrency that has proven to be a great project based on its security features. You will get to know everything about the Komodo platform, and it’s native token, the KMD, wallets, where to buy KMD, the team behind the project, staking, and everything in between.

Komodo is a cryptocurrency project which is focused on providing anonymity through zero-knowledge proofs (zkSNARK) and security through Delayed Proof of Work (dPoW) protocol that leverages the features of Bitcoin blockchain’s hash-power. The platform also allows those who want to start their blockchain platform implement that with ease. The Komodo blockchain is made up of 5 key components, integrated into the platform that makes it a top choice.

A multi-wallet for cryptocurrencies. The wallet is currently in the development stage but offers a lot of unique features. Agama Wallet allows users send and receive multiple cryptocurrencies, enabling users to toggle between the security modes it implements. There are plans to integrate tools like DEX (a decentralized liquid cryptocurrency exchange) and PAX (a pegged asset exchange) for fiat currencies. Coin exchanges will implement atomic swaps.

It leverages Komodo’s anonymous zkSNARK features to provide a service that’s more efficient than other centralized peers, and it doesn’t require users to trust any middleman with their coins. It’s built into Komodo and requires no centralized server to achieve a Jumblr sequence.

These tokens are used as cryptocurrencies and also to store data on the blockchain. Assetchains are different from the proxy token system used by other platforms, Assetchains are independent blockchains in their rights.

This is an internal component of the Komodo project. Chips are said to be the only coin which will implement Segwit and the Lightning Network (LN).

Features And Benefits Of Komodo Ecosystem Security on Komodo is achieved with the dPoW (delayed Proof-of-Work) protocol and Notarized nodes. On Komodo, every transaction gets the same level of security. The extra layer of security is achieved through the Notarized nodes which are selected by holders of Komodo tokens. This node ensures that the chain attached to Komodo remains intact and also helps reduce mining difficulty on the Komodo platform.

Komodo allows the transfer of funds between wallets and cryptocurrencies with ease and at no security risk whatsoever.

The Komodo platform offers a variety of wallets to their users and developers. These wallets can be downloaded on every available operating system. In addition to desktop wallets, Komodo also makes available the paper wallet which is encrypted offline and compatible with hardware and software wallets.

Komodo’s main goal is to decentralize tokens and coin issuance, exchange, and its distribution. Komodo also provides a platform for decentralized applications and corporate blockchain solutions, and it has accomplished its goal by introducing a trustless ecosystem in the crypto-world. The KMD (Komodo) is the native token of the Komodo blockchain platform. It allows anonymous transactions and holdings within the ecosystem.

There will be a total supply of 200 million coins available. A total of 100 million was minded and 90 million distributed at ICO. The other 10 million were kept back for future development of the Komodo platform. This is a hardware wallet for multiple cryptocurrencies but supports the Komodo (KMD) tokens. Hardware wallets are safe for storing coins/tokens as private keys generated encrypted and stored within the device. This is an official wallet, developed by the team behind Komodo for KMD tokens. The desktop wallet has an inbuilt exchange and supports other crypto coins as well. This wallet is used for staking KMD tokens and earn profits annually. It is available for Windows, Mac, and Linux operating systems. Where To Buy KMD Cryptocurrency?

KMD has been listed on some exchanges; Binance, Bittrex, Upbit, Vebitcoin, Cryptopia, BarterDEX, HitBTC, Cryptox, CoinExchange, and ShapeShift. The best way to purchase the KMD is to exchange other cryptocurrencies for it.

The Team Behind The Komodo Project

Komodo was developed by a team of programmers headed by someone with the pseudonym jl777. He is the lead developer of the Komodo project and was also involved with the development of the Zcash protocol. Other key members of the project can be seen below:

Holding your Komodo (KMD) in your wallet gives you 5% annually. The best part of it is you don’t have to go online or do anything whatsoever to get the reward. All you need is to use your account at least once in a while.

This feature of reward is what proof-of-stake blockchain implements, however, Komodo is a proof-of-work blockchain platform. With Komodo, balances above 10 KMD are qualified to receive rewards, and you’ll see your balance increase every block.

Recommended wallet for staking Komodo (KMD) tokens is the Agama wallet. Click here to download it if you haven’t already.

The Future Of Komodo

Both the platform and the token holds a promising future for holders and investors. It keeps getting adopted by cryptocurrency enthusiasts, which has steadily driven its value over time.

However, it’s unclear what would happen in future, but there is a chance Komodo makes its way up the ranking table shortly.