12 Celebrities Who Have Invested In Bitcoin | UseTheBitcoin
Skip to content 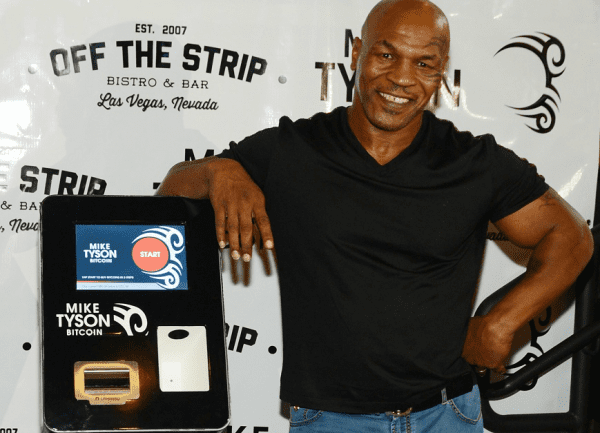 12 Celebrities Who Have Invested in Bitcoin

Cryptocurrency is no longer popular just among programmers and tech developers. A growing number of celebrities have also jumped on the bandwagon, making investments and endorsements in various blockchain-based businesses and digital coins.

Here is our list of prominent celebrities that have invested in the crypto market’s number one coin – Bitcoin:

The Icelandic singer Björk in collaboration with Blockpool, a London-based company, enabled her fans to buy her 2017 album Utopia with Bitcoin. The quirky artist was reportedly working along with Blockpool to also allow payments with Litecoin, Dashcoin, and AudioCoin for her album. 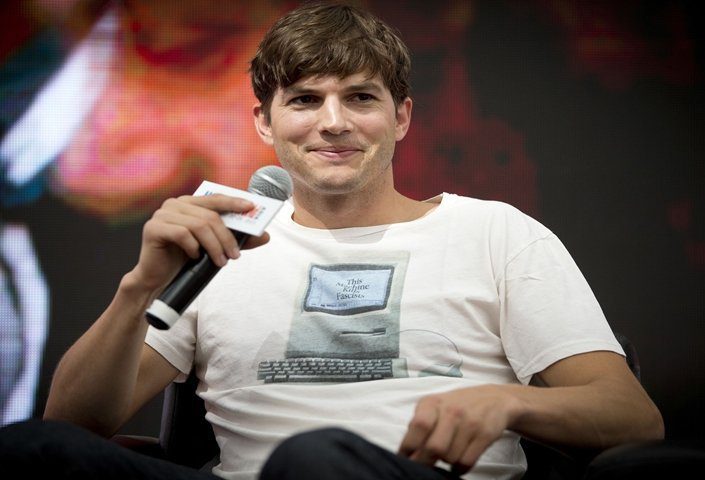 The actor has been an avid supporter of blockchain and its applications for a long time. His company is involved with other startups and digital platforms around the industry.

“The bigger thing with bitcoin is: what can that decentralized technology really do? […] Imagine if we could decentralize that issue of security, and if we can decentralize security,” said Kutcher in a TechCrunch conference.

“The notion that we could civically monitor each other in an anonymous way actually keeps the anonymity of the Internet, we don’t have to worry about Big Brother and that same infrastructure that built out Bitcoin could be used in the security industry for mass good,” said the actor.

The famous NFL cornerback said that even though he was warned against making investments in cryptocurrencies, he has become a big supporter of the blockchain movement and has also invested and owns a few other cryptocurrencies aside from BTC.

“I have a few bitcoin and Ethereum and a few Litecoin, the simple mainstream ones,” said Sherman. “But I’m not into the thousands of other smaller coins.”

Sherman started investing in Bitcoin really early on after his fans asked if they could purchase merchandise from his website with the digital coin.

He regrets that he didn’t keep the bitcoins as they were, as he later converted them into US dollars. Sherman said that he purchased Bitcoin when it was valued at $1,000 and managed to cash in $20,000.

Sherman is also a spokesperson and investor in Cobinhood, a cryptocurrency exchange that enables trading without charging fees for its services.

Former Spice Girl Mel B first came into contact with Bitcoin after she started accepting the coin as payment for her 2014 Christmas single on her website. Through her partnership with CloudHashing, a London-based company, she became the first artist in the music industry to accept Bitcoin as a means of payment for her music.

During a press release made at that time, she expressed her excitement regarding the cryptocurrency. “I love how new technology makes our lives easier, and to me that’s exciting,” stated Scary Spice. “Bitcoin unites my fans around the world using one currency. They can just pay using bitcoins!”

CloudHashing is one of the largest companies in the industry which offers bitcoin mining contracts. 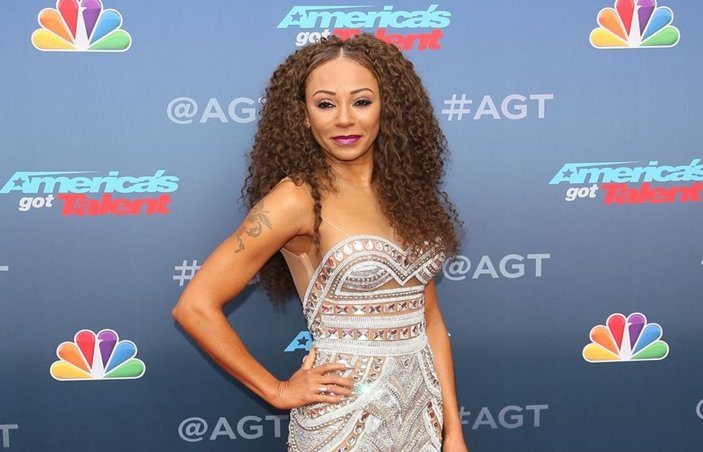 American hip-hop artist and rapper Nas invested a substantial sum of $25 million dollars along with his manager Aymen Anthony Saleh in Coinbase, the leading US crypto exchange. Not only that, but he also backed up 500 startups, a Silicon Valley incubator for bitcoin-focused businesses, and invested in 40 startup ventures. The rapper stated that he has plans to continue his involvement in the blockchain and crypto world.

Nas was quoted to say in an interview that investing in Bitcoin was the future.

Renowned boxer Mike Tyson contributed to the development and marketing of “The Mike Tyson Bitcoin ATM,” an ATM which promised to exchange any fiat currency into Bitcoin in under 20 seconds. The ATMs were first installed at the LINQ Hotel & Casino in Las Vegas.

“I’m honored to join the bitcoin revolution with my very first bitcoin ATM,” stated Tyson at that time.

But the former heavyweight champion’s interest in the Bitcoin market didn’t stop at a branded ATM. Tyson partnered up again with Bitcoin Direct to launch a Bitcoin digital wallet for mobile devices.

The branded wallet lets the user sell, buy, and store Bitcoin though Glidera’s exchange platform. A mention should be made regarding the app’s background – it features the boxer’s face tattoo. 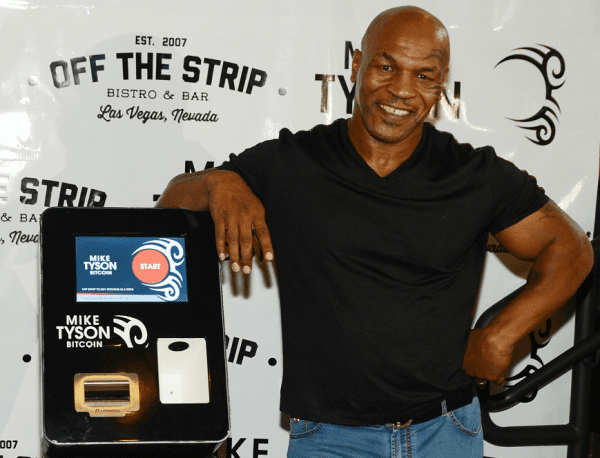 The famous Bollywood superstar Amitabh Bachchan invested $250,000 US along with his son, Abhishek Bachchan, in the course of two years in a personal investment fund in Meridian Tech Pte, a company headquartered in Singapore.

Big B, as his fans know him, capitalized on the Bitcoin craze, the stocks he owned rising 2,500%. The investment brought the Bachchans 250,000 shares in the LongFirm company which, considering its stock price per share, would total $17.5 million.

Meridian described itself as a company that offers blockchain-based solutions as well as microfinancing through the use of cryptocurrencies.

Back in 2017 when the cryptocurrency market was expanding and reaching all-time highs, Gwyneth Paltrow, one of the most influential women of 2019 according to ranker, joined the popular Bitcoin startup Abra as an advisor.

In addition to it, Paltrow promoted Bitcoin on Twitter through an article published on her Goop.com site, created back in 2008. This was the first time that Goop talked about Bitcoin (BTC).

Although there is no information regarding her investments, working for Abra and being interested in Bitcoin could have pushed her to purchase Bitcoin.

Floyd Mayweather Jr. has been involved in the cryptocurrency market for a long period of time. He indeed promoted several Initial Coin Offerings (ICOs) including Stox, Hubii Network and many others, including Centra.

Due to his participation in the crypto market, he had some issues with regulatory agencies in the United States, specifically with the U.S. Securities and Exchange Commission. The financial regulator informed that he failed to promote certain cryptocurrency investments.

Mayweather had to repay $300,000 he received and a fine with interest of $300,000. Thus, Mayweather crypto investments didn’t go as well as planned.

DJ Khaled had a similar experience with the U.S. SEC in which he was fined by the SEC with $100,000. DJ Khaled has also promoted crypto-related investments about Initial Coin Offerings and other projects in the crypto space.

The SEC Enforcement Division Co-Director Steven Peikin, explained that investors should be sceptical of investment advice that is posted on social media platforms.

“Social media influencers are often paid promoters, not investment professionals, and the securities they’re touting, regardless of whether they are issued using traditional certificates or on the blockchain, could be frauds,” Mr. Peikin commented.

Mark Cuban has also shared his knowledge about Bitcoin and how to invest in the most popular digital currency in the world. Ranker explains that the billionaire does own Bitcoin and that he said that Bitcoin’s value could go to $15,000 or zero and maybe both on the same day.

Cuban, is a businessman and investor that owns the National Basketball Association (NBA)’s Dallas Mavericks. He is also the main “shark” investor on the ABC tv show Shark Tank.

The Winklevoss Twins, Cameron and Tyler, have also been investing in Bitcoin since 2013. They are considered to be the first Bitcoin billionaires that bought around $11 million worth of Bitcoin 6 years ago. Since that moment, Bitcoin has grown exponentially and surpassed $20,000 back in 2017.

Both of them are Olympic athletes that competed in the men’s pair rowing event at the 2008 Beijing Olympics and have also created the Harvard Connection (or ConnectU) with classmate Divya Narendra. Both of them sued Mark Zuckerberg because they consider he stole the ConnectU idea to create Facebook, the most popular social network in the world.

The Twins are also the owners of the cryptocurrency exchange Gemini, that helped many individuals in the United States to purchase Bitcoin and other virtual currencies. Moreover, it is one of the few companies that received the BitLicense by the local regulatory authorities in New York.

As mentioned before, the twins are currently two of the richest investors in the Bitcoin ecosystem.