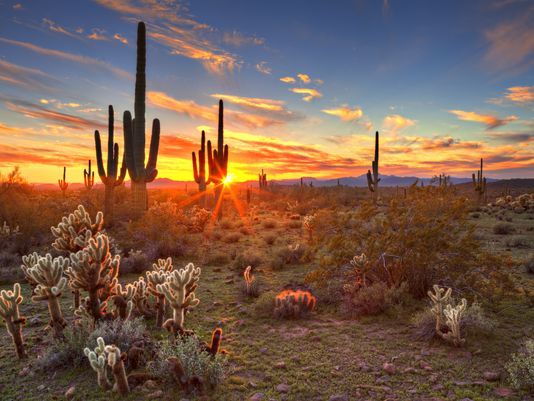 One of the 50 states of the United States may legalize Bitcoin in order to allow its citizens to pay for taxes. Another draft law regulating ICOs has also been scheduled for the next weeks. The intention is to allow cryptocurrencies to freely spread in the state.

The Arizona legislature will have to analyse different bills that are circulating in the corridors of the governmental building. Two bills known as SB1091 and SB1145 propose citizens to pay their taxes using cryptocurrencies. One of them has already passed the Senate Finance Committee in January.

But the intention is to also give a legal framework to Initial Coin offerings (ICOs). ICOs have been increasing during 2017 and raised almost $4 billion dollars. This crowdfunding option has been severely prohibited in China or South Korea.

Representative Jeff Weninger said during an interview that he believes that cryptocurrencies will change the world in 5 to 10 years. Additionally, he stated that Arizona will be the place for blockchain technology and cryptocurrencies to spread.

“We are sending a signal to everyone in the United States, and possibly throughout the world, that Arizona is going to be the place to be for blockchain and digital currency technology in the future,” commented Mr Weninger.

With this law, the intention is to reduce the problems for its citizens when they need to pay for taxes. ‘Being able to do it in the middle of the night, being able to do it at home, while watching TV… I think in a few years this isn’t even going to be a question,” Weninger said.

Some days go, we wrote at UseTheBitcoin that the Illinois government task force has decided to announce how it will work with blockchain technology. Arizona is not the only state working with this technology.

The Illinois government might use blockchain technology for different inter-government operations and to manage resident identifications. That would allow residents to have access to a blockchain platform with their ID information, tax records, voting histories and more data.