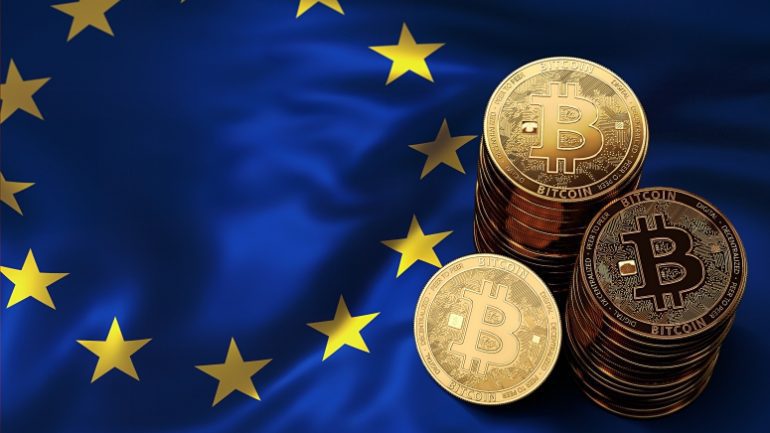 Banks in the European Union (EU) would be allowed to hold and sell Bitcoin (BTC) to clients starting in 2020.

The European Union has recently launched a bill that is expected to enter into force next year and that would allow banks to offer cryptocurrency solutions to users.

The new bill on the fourth Money Laundering Directive would lift the prohibition that banks had from offering crypto assets to clients and storing them on their behalf.

The German Bundestag decided to follow the EU law and implement it on its territory. Despite that, there are some more approvals the bill must receive before being able to have a real effect on the market.

It is worth mentioning the requirement for separation was deleted. This rule explained that the retention of Bitcoin and other cryptocurrencies shouldn’t originate from the same legal entity that is performing other banking transactions.

That means that if there was a bank that aimed at working with cryptocurrencies, they would have had to deal with an external services provider to offer custody solutions to clients.

Banks in Germany will have the possibility to offer clients not only traditional financial and banking products but also cryptocurrencies and other crypto assets.

Sven Hildebrandt, the head of the consulting firm DLC, explained that Germany is working in order to become a hub for cryptocurrencies.

“Germany is well on its way to crypto heaven. The German legislator is playing a pioneering role in the regulation of crypto custodians.”

Although this could be very positive for cryptocurrency adoption in the country, there are some individuals that consider that this could eventually harm the population.

The financial expert Niels Nauhauser mentioned that banks could aggressively promote cryptocurrencies and store them for a fee. However, these funds could eventually be lost if they are affected by an attack or hack.

Moreover, other experts such as the economist Fabio de Masi, consider that this is something that banks have been waiting for a long time considering the industry is very lucrative and cryptocurrency exchanges and similar platforms are currently the owners of the market.

During the last years, Bitcoin has been expanding in the market as an innovative solution for users to really own their assets and to feel they are not being part of the traditional and corrupted financial system.