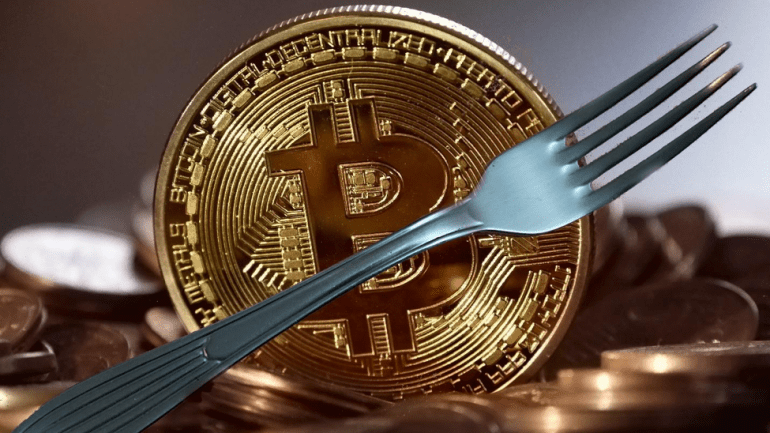 Cryptocurrencies came into existence in two ways; writing a new code from ground zero or manipulating the existing code (forking).

When a fork ensues, the parent cryptocurrency splits into two giving birth to a new alternative asset with slight differences from the main one. A consensus has to be established for any cryptocurrency ecosystem to go ahead with producing another fork.

Due to one reason or another, a good proportion of the top altcoins have forked. As always, Bitcoin was the first and then other blockchains decided to follow suit. Let’s have a look at several forks and what they were created to solve.

The first ever block to be mined on Bitcoin platform happened in January 2009, and during those days, there were several miners and that meant stability. As time passed, issues of scalability, high transaction costs and long waiting periods meant the software needed upgrades. This was the beginning of the history of forks.

Bitcoin XT was the first fork to happen on BTC blockchain and took place in 2015. Its goal was to increase the network’s block size to 8MB which would see the number of transactions improve from 7 blocks per second to 24. The project kicked off well but the frenzy surrounding it died down in 2016 when most miners withdrew.

Even after the death of Bitcoin XT, Bitcoin miners never gave up the desire to increase the block size. They went ahead and created Bitcoin Classic fork which gave rise to Bitcoin Classic cryptocurrency. The currency seems to be doing well and has already achieved several milestones in its five-year development strategy.

Most forks come with a reason which is usually to implement a feature that will lead to improved functioning. Bitcoin Cash, on the other hand, was created by miners who felt that Segwit was a threat to the Bitcoin network and thus moved away.

Bitcoin Cash received support from influential individuals like Roger Ver and was quickly adopted by Kraken right after its creation. At the moment, it’s the fourth largest cryptocurrency by market cap. Other forks that Bitcoin went through include Bitcoin Gold, Bitcoin Gold Status, Bitcore, Bitcoin Diamond, Bitcoin Faith, Bitcoin Lite and many more.

There are also forks lining up and they include Lightning Bitcoin, Bitcoin God (believe it or not), Bitcoin Silver, Bitcoin Atom etc.

Albeit looking perfect to most of its investors, the Ethereum blockchain had and still has issues that necessitated forking. The most notable fork on this network was Ethereum Classic that occurred in July 2016 after the DAO hack that saw $50 million in ether lost. After this incident, some people voted to have the platform forked and all the losses recovered while a smaller section disagreed with this sighting that blockchains should never be altered.

Nevertheless, the fork happened and the smaller group went with the newly formed Ethereum Classic while the core developers that undid the hack retained the old name- Ethereum. Other forks emanating from the ether blockchain include EtherGold, EtherZero, Ethereum Modification and EthereumFog.

Even the best, privacy-centric cryptocurrencies like Monero still have issues that could be resolved through forking. In mid-march, Monero was scheduled to fork at block 1529810 leading to the birth of Monero V (XMV). As it is with other crypto coins, the fork is intended to solve scaling problems by introducing new protocols. Though the fork is created to solve issues – users consider the fork a ‘scam’ as the team in charge of Monero V doesn’t seem to be professional at all and tend to do things only for their own interest.

Litecoin forked off to produce Litecoin Cash (LCC) making the latter a fork of a fork since Litecoin split from Bitcoin in 2011. LCC did not receive much love from crypto enthusiasts probably due to lack of a proper roadmap.

Now, there are two kinds of forks that can happen in the cryptocurrency ecosystem. Let me explain the differences.

As stated before, a fork simply means divergence in a blockchain software. The changes can either be temporary or permanent and this situation leads to two groups of forks, i.e. hard and soft. Let’s define what these terms stand for.

A hard fork refers to complete divergence of a blockchain software where all the previous nodes without the upgrade are denied access to the newly formed blockchain. This radical transformation of a software usually renders previous valid blocks utterly invalid. Both the new and old blockchains become independent.

During this type of fork, one blockchain will continue with the existing path for generating new blocks while the new one usually takes an entirely different path. Miners who wish to be a part of the brand new section must install the upgrades while those that still value the legacy chain will keep their nodes as they were.

No individual can propose and pass a hard fork motion. The idea has to be supported by over 90% of the miners for the change to be implemented. Example of a fork that never got backing from a majority of the members includes Segwit2x also known as NO2x which aimed at improving Bitcoin scalability problems by increasing the block size to 2MB. Bitcoin Gold and Bitcoin Cash are known examples of hard forks.

When a fork happens and two cryptocurrencies are formed on the same legacy chain, this is called a soft fork. In these forks, even older transactions can still be validated by upgraded nodes. This scenario is termed as backward compatible. However, if nodes without an upgrade continue to mine new blocks, the upgraded ones will fail to recognize them.

Forks are risky and can have negative repercussions on a blockchain if not conducted properly. Nevertheless, they are always carefully planned by core developers and other individuals with an aim of rectifying a problem so the network can work smoothly.

As we head into the future, let’s hope that forks will do more than just address scaling and privacy problems.

Catalin is the founder of Ecommerce Platforms and Unblock. He’s a design enthusiast and loves matcha, and is uber passionate about bitcoin and blockchain technology.