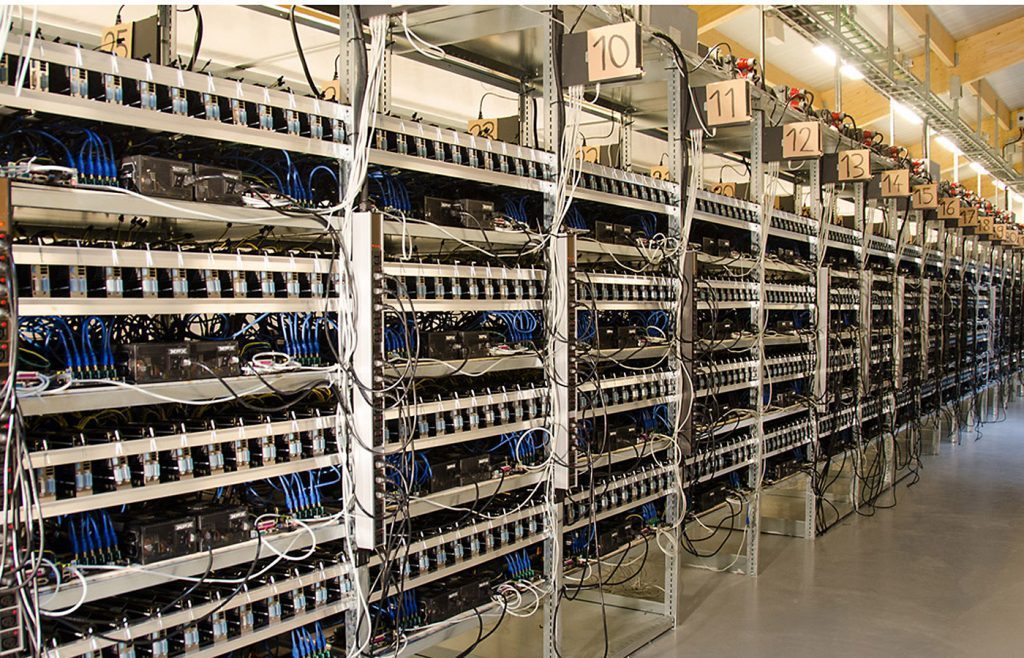 The answer would depend on the regulations imposed in your jurisdiction and how you perform this activity. To know the legal status of cryptocurrency mining activities in your country, we need to get access to the regulatory framework of each country.

What is Cryptocurrency Mining?

Cryptocurrency mining is one of the main economic activities in the market. It has a clear impact on cryptocurrencies (specifically Bitcoin (BTC)) and it also helps miners to earn rewards for the work they conduct.

The mining activity helps process blockchain transactions in a decentralized way. In this way, Bitcoin and other digital assets avoid having a centralized authority processing the transactions (confirming them). This keeps the network secure by processing difficult puzzles with CPU, GPU or ASIC hardware devices.

In order to mine virtual currencies, it is necessary to have specialized hardware. Let’s focus on Bitcoin. When Bitcoin was released to the market, investors that wanted to mine BTC could do so with their CPU. They were just mining BTC with the computer they used for their daily activities.

As soon as the network started expanding, miners already required to miner Bitcoin with GPU hardware. The difficulty of the network was automatically adjusting as new miners entered the market. The larger the number of miners and hashing power, the more difficult it became to mine Bitcoin.

Nowadays, only those users with the latest ASIC miners are able to protect the Bitcoin network. But is mining cryptocurrency legal? The answer to this question depends on your jurisdiction and the place where you operate.

Bitcoin miners receive 6.25 BTC per block. Each block on the Bitcoin network is processed every 10 minutes. That means that only 900 BTC are released to the market each day. Miners can then sell or hold these coins depending on what they need.

Mining rewards get reduced by half every 4 years. This is called a halving event and they are considered to be major catalysts for price increases and bull markets for Bitcoin and other virtual currencies.

In the future, Bitcoin rewards will drop to 3.125 BTC and later to 1.5625 BTC per block, and so on. By that time, the price of Bitcoin should be much higher in order for miners to be incentivized to operate on the Bitcoin network.

Why is Cryptocurrency Mining Important?

If you are planning to run your own Bitcoin mining farm, then you have to answer the question: is cryptocurrency mining legal in USA / my region? Depending on the country or jurisdiction you operate you might not be allowed to mine virtual currencies.

Despite that, cryptocurrency mining is definitely important. It is one of the most important things about Bitcoin and virtual currencies. As we mentioned before, only virtual currencies with the proof of work consensus mechanism are mineable.

Proof of work is used to prove the validity of the coins processed on the network. With the energy used to process the transactions, the Bitcoin network becomes secure. If a malicious party wants to perform a 51% attack, they would need massively large amounts of power (which are not available for a single entity right now).

This power and energy produced to mine Bitcoin are what many analysts consider that also gives Bitcoin its value. Thus, we could think of Bitcoin as a cryptocurrency that is secured by the miners and that is protected by their energy consumption.

If there would be no miners, the Bitcoin network would not be as secure as it is today and it could possibly not be considered a store of value as many investors consider it is. Although not everyone is able to participate in the Bitcoin network (it is very expensive to purchase and run ASIC miners), smaller users can still run Bitcoin nodes and help the network become more decentralized.

But of course, as with every single activity, there are some countries that have forbidden citizens and individuals or companies to mine Bitcoin and cryptocurrencies. Two of these countries include Ecuador and Bolivia, but there are many others.

This is why it is definitely important to understand which regions and countries are allowing for cryptocurrency mining operations and which ones not. Miners are usually searching for cold places where they could run their operations.

Cryptocurrency mining requires low temperatures, good internet connection and also political stability. This is why mining companies are always searching for a place where to start their operations.

Understanding whether cryptocurrency mining is legal or not in a specific region is definitely important. For example, one could say that Bitcoin mining in China is legal. However, we should go into the detail of every single region and understand what’s the situation in these regions.

To manage risks and eventually mitigate them, companies that want to invest in crypto mining should closely analyse the situation in the country but knowing the details on each of these regions. For example, Qinghai province in China announced a ban on virtual currency mining a few days ago.

This is not the first time that a Chinese province decides to impose restrictions on miners. Apparently, there are some concerns from local governments about the environmental impact of the operations of Bitcoin and crypto miners.

Companies that want to invest in mining operations should closely analyse the situation of every country and each region where they plan to operate. They would then have to create contingency plans that would allow them to have a plan B in case things don’t go as planned.

There are other types of crypto mining risks. As we have seen, the main one is the political risk. However, there is also a natural risk. During some periods of the year in the south of China, there are floods that could affect mining operations.

Companies should be prepared not to lose their devices, but to get ready to face such type of situation several days of the year. If they do not get ready for this risk, they could end up losing millions in ASIC miners and the time they were off the rig.

Thus, even if they have the answer to “is cryptocurrency mining legal?” they would not be able to do anything without a clear risk planning anywhere in the world they operate.

We also need to know that there are some controversies of cryptocurrency mining. These controversies include an environmental impact (which has been widely discussed) and a demographic impact. Understanding which are the discussions behind these topics is definitely important to understand the legality of Bitcoin mining in some countries or regions.

These controversies are just some of the topics that are discussed around cryptocurrency mining, but they are not the only ones. However, they have had strong media attention and they were able to create different debates on whether cryptocurrency mining should be banned or whether it is really needed at all.

Furthermore, there have been comparisons between the energy consumption of crypto mining farms with the energy consumption of countries and other companies. Although mainstream media continues to attack the crypto industry, there are many things they are not considering and that should be discussed to have a clear overview of the impact of crypto mining activities on the market.

Let’s start with the environmental impact of crypto mining. As we mentioned before, in order to mine Bitcoin, it is necessary to purchase ASIC miners, which are very expensive and consume a lot of energy.

Large miners require not one or two but hundreds or thousands of ASIC miners and an investment of millions of dollars to start getting access to Bitcoin rewards. They also require a place where to connect them and cheap electricity.

The main concern there currently is about Bitcoin mining is related to the intensive use of contaminating energy (for example from coal power plants). Indeed, Bitcoin consumes as much energy as Norway or Argentina.

Understanding this energy consumption is important to know the answer to “is cryptocurrency mining legal?” Countries are trying to shut down Bitcoin miners to avoid a larger negative impact on the environment. This is one of the reasons why BTC cannot be mined in some jurisdictions.

Nevertheless, what analyst don’t see is that Bitcoin is also a promoter of clean and cheap energy. Several Bitcoin investors that want to mine cryptocurrencies have also invested in clean energy projects in order to get cheap and also clean energy.

Furthermore, there are other projects in which companies that work with gases that are not used for anything else and released into the atmosphere are then used to also mine Bitcoin, giving additional value to something that before didn’t have.

This is clearly one of the most discussed topics in the crypto mining market. However, there are also several positive things to take into consideration about how the industry is pushing forward for renewable energy and investments.

Demographic Impact and Lack of Infrastructure

There is another thing that is worth mentioning and that is affecting how companies operate their mining centres around the world. We are talking about a demographic impact. Some regions in China (one of the largest countries in terms of Bitcoin mining operations) have a large number of miners.

These miners are using electricity that was first used to provide energy to cities and small towns. Some of these miners are consuming so much energy that these towns are facing power outages. This is something that should be changed but that also has a clear impact on the cryptocurrency market.

Is cryptocurrency mining legal? If the answer is no, then you should try understanding whether this is because there have been some issues related to the demographic situation in some regions. Presenting a clear investment plan with projects to mitigate this impact and presenting it to local authorities could be a way for companies interested in mining Bitcoin to get access to cheaper electricity.

Additionally, companies that want to start operating in the mining market should always focus on energy consumption, political stability, demographic situation and investment strategies. A clear plan and other possible projects in case things do not go as planned could be a good way to start for these investors.

Disclaimer: we are not financial advisors. The content shared in this article and by its authors is for educational purposes only.