Enterprises involved in the cryptocurrency environment are trying to promote their businesses by expanding the use of cryptocurrencies. In order for the crypto industry to keep growing it is important to have mass adoption. Once that will happen, cryptocurrencies will reach their full potential.

At the moment, Bithumb is working with Korea Pay Service, in order to facilitate the availability and use of virtual currencies in the Asian country. South Korea is one of the countries with the highest trading volume on earth. South Koreans are very active in the cryptocurrency market and the government knows it. 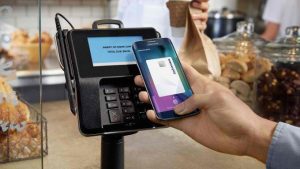 The main intention is to expand the adoption of cryptocurrencies to about 6,000 outlets during the first half of the year. Before the end of 2018, they are planning to increase this number to 8,000.

Local media reported the information by quoting a Bithumb official:

“We have taken a landmark step. We will try hard to set up an environment in which cryptocurrencies are used extensively.”

At the moment, Bithumb is the 6th cryptocurrency by trading volume in the world and the second in South Korea after Upbit.  At the moment it is handling almost $600 million dollars in trading volume, being EOS/KRW, BTC/KRW, and XRP/KRW the most traded pairs.

Bithumb has also announced that it is collaborating with BitPay in order to facilitate cross payments between the West and South Korea. With the expansion that Bithumb is promoting, cryptocurrencies would be able to expand as a means of payment.

South Korea is imposing strict regulations to the market, but the enterprises registered there are trying to comply with all the requirements and at the same time, promote cryptocurrency usage in the country.