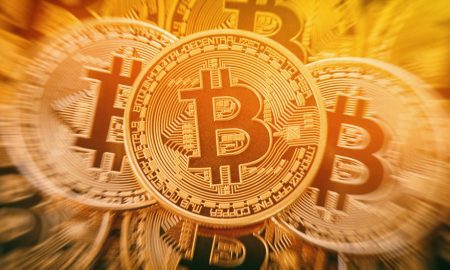 The CEO of Abra, Bill Barhydt, has decided to place 50% of his net worth in Bitcoin (BTC). This is one of the last high-profile individuals and companies investing in the largest cryptocurrency in the world. Abra is a crypto company that is offering crypto-asset exchange services to clients.

Abra CEO Places 50% of his Net Worth in BTC

The CEO of Abra is now leading a trend that started many months ago and that includes companies and high-profile figures investing in the largest cryptocurrency in the world, Bitcoin. In a recent Tweet, he stated that Bitcoin is the best investment opportunity in the world and that he decided to place 50% of his investment portfolio in this digital asset.

Bitcoin is the largest cryptocurrency in the world. It was created back in 2009 by Satoshi Nakamoto and nowadays is worth over $12,900 and it has attracted hundreds of thousands of investors from all over the world.

According to Mr. Barhydt there are three main reasons why he believes Bitcoin is currently the best opportunity in the world. The first reason that he gave on Twitter is related to Bitcoin’s fundamentals. He stated that Bitcoin has a 21 million limit on its supply, it is decentralized and it has an infinite stock to flow. Of course, he mentioned that there are other features coming in the future for Bitcoin that could make it even better.

I believe #Bitcoin is the best investment opportunity in the world right now. There are three reasons I believe this to be true today…. Fundamentals, Technicals, and Sentiment. Let’s look at each one. (2)

The second reason is related to Bitcoin’s technicals. He shared with his followers a chart of Bitcoin in which we are able to see the monthly log chart with Bitcoin headed towards $1 million in the next few years. This is also a very bullish sign that is attracting a large number of investors from all over the world. He has also mentioned that the post-halving behaviour for Bitcoin is mirroring the last halving.

The third reason he gave on Twitter is related to the market sentiment around Bitcoin. He shared a 2-year Google chart that shows the interest for a specific term over time. The information provided by this chart shows that people are not yet paying close attention to Bitcoin as they were doing in the past. This is extremely bullish for Bitcoin. If interest starts growing all over the world, the price of the virtual currency could continue moving higher and allow Bitcoin to reach its previous all-time high ($20,000) and eventually surpass it.