Markets by TradingView
Home » Bitcoin Breaks Above the $60,000 Psychological Level

Bitcoin Breaks Above the $60,000 Psychological Level 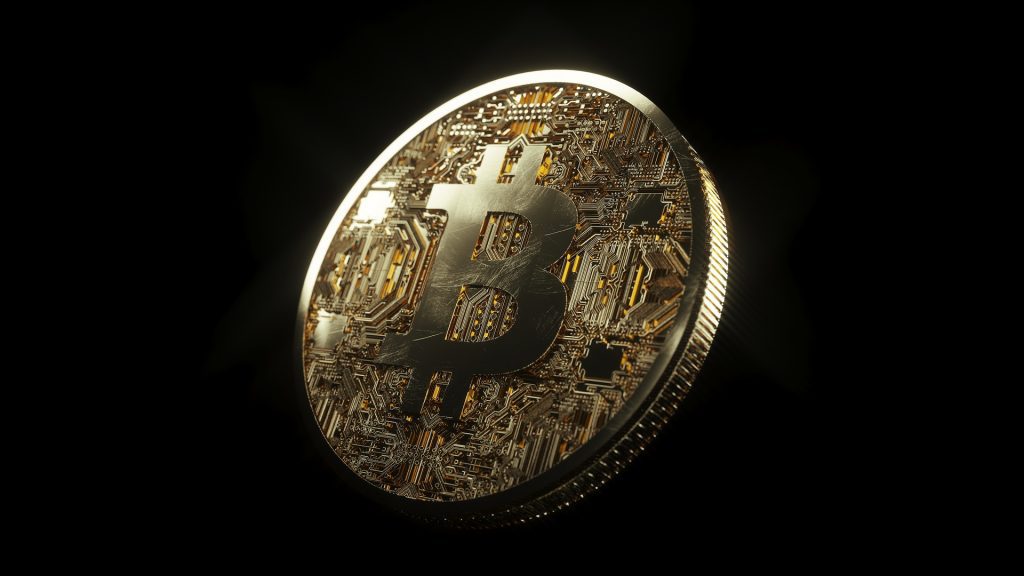 Bitcoin (BTC) has recently broken above the $60,000 psychological level. This is the highest point reached by the largest cryptocurrency since March 15 when BTC fell to $53,000 per coin. The virtual currency has pushed other altcoins higher. However, it will be definitely important to see how the market will behave in the coming days.

Bitcoin Ends the Week Above $60k

Bitcoin has ended the week above $60,000. This has allowed several other virtual currencies to move higher as well. Thus, we see the whole crypto market in positive territory. According to CoinMarketCap, Ethereum (ETH) is now traded 4.10% up in the last 24 hours.

Surprisingly, Binance Coin (BNB) continues to move higher. The virtual currency used at the Binance exchange is now close to $500 being traded at $475. In the last 24 hours, BNB moved by over 14%.

Litecoin is trying to catch Uniswap with a price increase of 4% in the last 24 hours. At the moment, this legacy coin has a price of $233 and a market valuation of $15.55 billion. Finally, Chainlink is just moving higher by 0.65%.

During a conversation with UseTheBitcoin, Konstantin Anissimov, the Executive Director at CEX.IO explained that the next logic level for Bitcoin would be to reach $61,000. However, if it gets rejected, the price could move to $56,000 before continuing higher.

Meanwhile, Ethereum continues to be in a price discovery stage. Anissimov explained that Ethereum moves might not be as aggressive as Bitcoin’s but daily and weekly gains for Ethereum have been larger than those of Bitcoin. 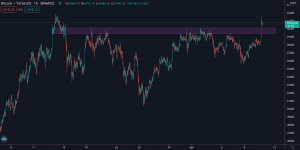 As we can see in the chart above, there has been strong resistance for BTC price close to $59,400 and $60,100. Thus, it will be very important to see if Bitcoin will be able to make these resistance levels support.

Weekends tend to manage lower volumes for BTC and other virtual currencies. However, Bitcoin’s previous all-time high was reached during a weekend with a spike in volume as we have seen earlier today. Indeed, the volume spike that Bitcoin experienced in the last hours was the largest since BTC’s all-time high in March.

It would be very important to see how the price of the largest virtual currency behaves in the coming hours.