Bitcoin (BTC), the most popular and recognized digital asset in the market, surged over 8% in the last 24 hours to surpass $11,000 for the first time in three weeks. This comes after bearish sentiment in the cryptocurrency space that lasted for some weeks after the virtual currency touched $13,700 for a short period of time. The main question is whether Bitcoin will continue growing in the near future.

$11,000 has been a very important price level for Bitcoin. Since June, this price level worked as resistance and as support. The first time that Bitcoin tried to surpass this level in 2019 was back on June 22nd, although it couldn’t do it the first time, on June 24th, it was able to skyrocket and reach $13,700.

Although $11,000 didn’t work as support on June 27 and the beginning of July, it did so later the 3rd, 4th and 5th. The 11th and the 13th July Bitcoin tried falling under these levels but the digital asset couldn’t do it until July 14th.

In both July 16th and 20th Bitcoin tried surpassing $11,000 but it was not able. Every time it tried it was rejected. However, a few hours ago, Bitcoin surpassed this level and it is currently being traded close to $11,800. 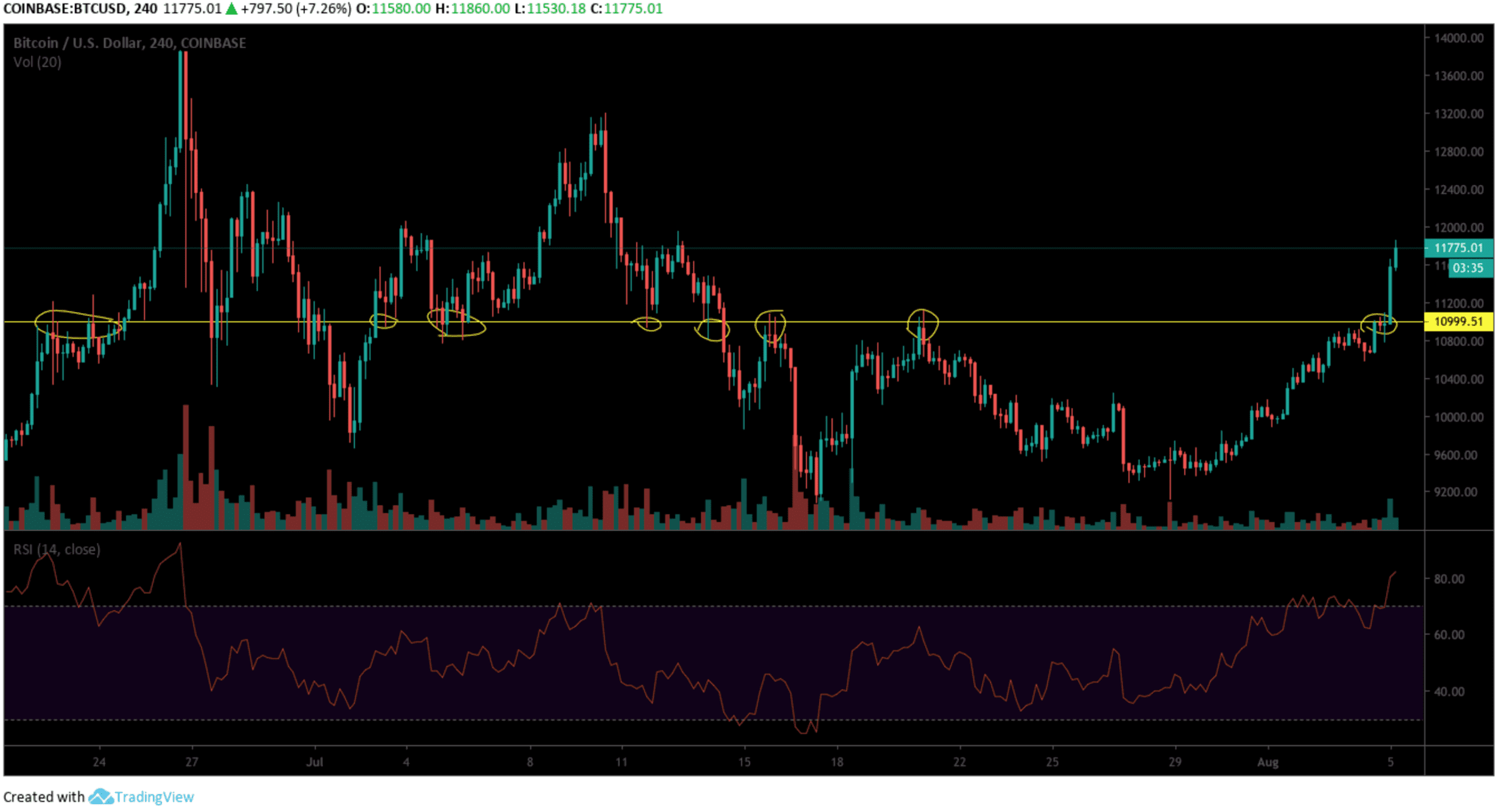 It is worth mentioning that Max Keiser considers that Bitcoin will be crossing $15,000 this week. As he mentioned on Twitter, confidence in central governments, central banks, and centralized fiat money is at a “multi-decade low.”

I’m sensing #Bitcoin will cross $15,000 this week. Confidence in central governments, central banks, and centralized, fiat money is at a multi-decade low.

We have written at UseTheBitcoin that the European Central Bank (ECB) and the U.S. Federal Reserve are working on stimulus packages for their respective economies to keep moving forward. It is worth mentioning that the Eurozone and the U.S. economy are behaving in completely different ways, while the eurozone is lagging in terms of inflation and growth, the U.S. economy is growing at very fast rates. However, the ECB decided to increase its stimulus in the economy and the FED reduced interest rates by quarter-point.

In order for Bitcoin to resume its bull trend, the volume will also have to show strength since it has been falling for over a month.