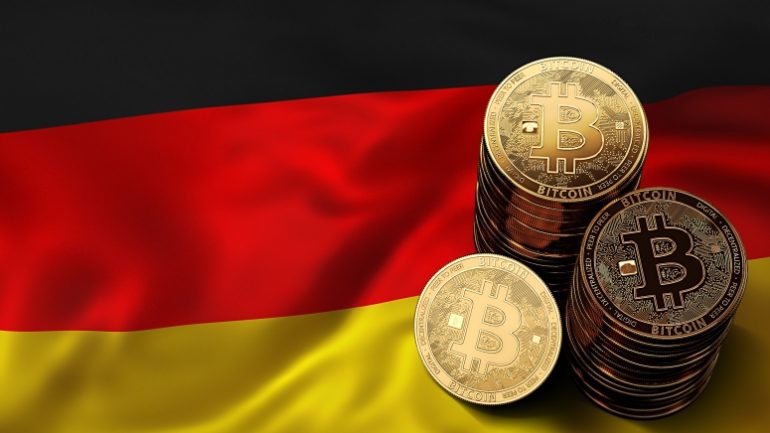 German funds would now be able to invest 20% of their assets under management in cryptocurrencies. This comes after the introduction of a law that has been ratified by the local parliament. The law is now active and it would allow funds to invest as much as $415 billion in virtual currencies.

German funds are now allowed to invest as much as 20% of their portfolio in virtual currencies. That means that a flood of as much as $415 billion in AUM could be moved to crypto. Although unlikely, a 1% allocation of these $415 billion represents $4.15 billion that could come to digital assets.

Due to the increased interest from investors in virtual currencies, funds could now invest in digital assets if investors decide to do so. Considering the low-interest rates environment in which we currently are, the large gains registered by virtual currencies in recent years have attracted a larger number of investors.

Until now, these funds called Spezialfonds were not able to invest in digital currencies such as Bitcoin (BTC), Ethereum (ETH) or Litecoin (LTC), among others. In the future, other countries in the European Union could follow the same path as this country.

Several countries are analyzing the possibility for citizens to have closer and easier access to virtual currencies. One of the countries that have called the attention of other nations was El Salvador. This Central American country was the first one in the world to make Bitcoin legal tender.

Nowadays, with the expansion of the crypto market, companies and small investors are placing their funds in different virtual currencies. Specifically, Bitcoin has attracted the attention of many users that wanted to protect their money from inflationary currencies all over the world.

After the Coronavirus crisis, several central banks have decided to leave the crisis behind by investing in Bitcoin. Bitcoin has a limited supply, it is decentralized and it is not managed by any single authority. This makes it a very strong asset to compete against fiat currencies that are constantly losing value with inflation and monetary policy from central banks.

Although there is no information about how many of these Spezialfonds would invest in Bitcoin or other digital assets, this could be just the beginning. As Bitcoin and virtual currencies settle themselves as viable investment options, other countries and regions might be able to start making it possible for investors to get access to them.