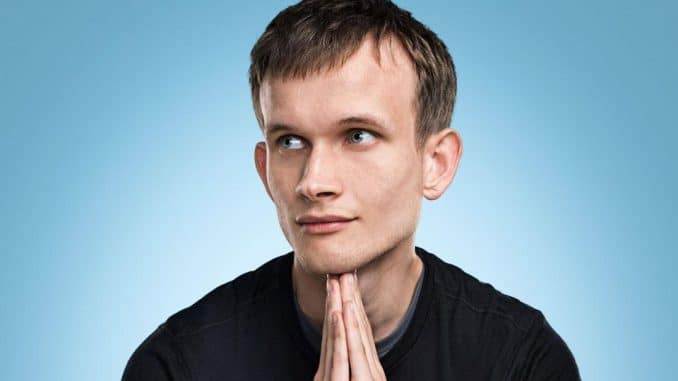 Currently, the world’s second most valuable cryptocurrency, Ethereum, has started to attract more and more attention from investors after December 2017 when, along with most other cryptos, ETH price hit an all-time high.

One reason why Ethereum has become a favorite among investors is the fact that it’s actually so much more than just a cryptocurrency project. In fact, one could argue that Ethereum is the world’s most important blockchain project, since it actively contributes to the mainstream adoption of cryptos thanks to its platform that offers support for dApps, smart contracts, and new blockchain projects.

As with all cryptocurrencies, there are various risks involved when it comes to investing in Ethereum as a platform. However, this hasn’t stopped a great number of people from doing just that, including various celebrities and big names within the cryptosphere.

Boasting immense experience in fields such as software engineering, robotics, machine vision, and neural nets, Joseph Lubin is also one of the biggest names to be associated with the Ethereum project. The co-founder of Ethereum and founder of ConsenSys (a Brooklyn-based software company focused on building dApps based on the Ethereum platform) may very well be one of the biggest investors of Ethereum.

According to various rumors, Joseph Lubin was one of the top buyers in the Ethereum crowd sale event that took place a couple of years ago. Joseph Lubin is regarded, by various industry insiders, as being one of the most important holders of Ethereum, with a valuation that is supposed to be as high as $10 billion.

At the same time, Mr. Lubin is also the founder of the Swiss-based company EthSuisse that has been heavily investing in Ethereum. With ConsenSys, and EthSuisse, they do not only invest in the future of the network but also in solutions that would be able to offer better services to users.

In addition to it, Lubin has also been involved in different cross-industry groups that aimed at advancing solutions related to governance issues in the blockchain space. Thus, investing in Etheruem does not only need to be in funds directly to developers, but it can also be by developing new services, gathering efforts to create new solutions and expand the whole ecosystem. 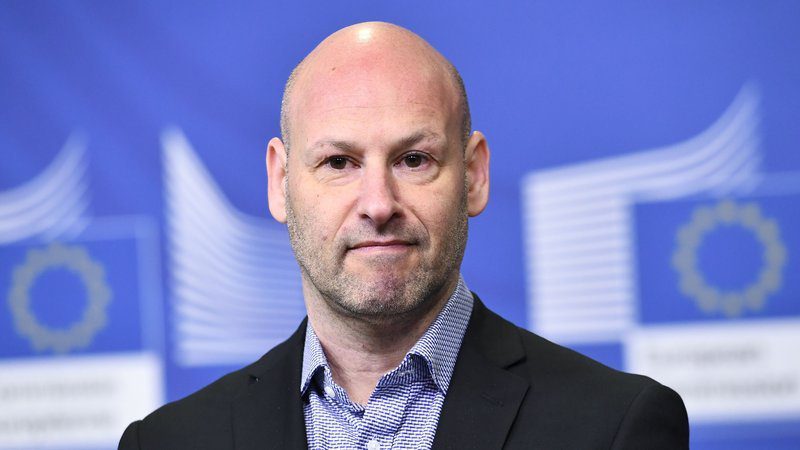 Richard Sherman, an American football cornerback for the San Francisco 49ers of the NFL (National Football League), is yet another famous person passionate about cryptocurrencies. Sherman started investing in cryptocurrencies, Bitcoin and Ethereum included, extremely early, after fans started asking if they could purchase products and merchandise from his official website using various digital coins.

Richard declared on multiple occasions that he owns a few BTC, ETH, and LTC but is not really interested in the multitude of other smaller coins. He purchased Bitcoin when it was valued somewhere around $1,000 and managed to cash out when the prices skyrocketed upwards of 19,000. Regardless, he declared that he regrets not keeping the Bitcoins as they were.

Richard Sherman has been selected to the Pro Bowl four times and has also been voted All-Pro four times. He has been playing in the Seattle Seahawks between 2011 and 2017 and in the San Francisco 49ers since 2018.

Mr. Sherman is not only interested in cryptocurrencies but he is also an ambassador for the trivia application FleetWit. Moreover, he has also invested in other tech stocks, showing that he has a diversified portfolio.

There are different individuals that decided to enter the cryptocurrency market.

Cameron and Tyler, the Winklevoss Brothers

Cameron and Tyler Winklevoss have made headlines on numerous occasions due to their connection with the crypto world. Even though the brothers have made a name for themselves after suing Mark Zuckerberg, the founder and CEO of Facebook, claiming that he stole their idea of a social network, nowadays, the Winklevoss brothers are known as some of the biggest crypto investors.

The lawsuit allowed the brothers to settle for a whopping $65 million of Facebook stock and cash. After seeing an opportunity in blockchain and crypto technology, they decided to invest in Bitcoin. The brothers ended up buying 120,000 Bitcoin in 2012 when the price was less than $10. After their financial success, they re-invested and racked up around $350 million from other cryptocurrencies, Ethereum included. The siblings are also renowned for creating the New York-based crypto exchange called Gemini.

Although the Winklevoss brothers have been investing in Bitcoin (BTC) and focus on this digital asset, they were also holding Ethereum. Tyler Winklevoss explained that Initial Coin Offerings (ICOs) were not compliant with securities law and that they are tokens on top of tokens. Regarding the value of the Ethereum network and its tokens, Mr. Winkleovss said that its value lies in the network itself rather than on other digital tokens.

At the moment there is no clear information regarding the amount of ETH that they hold or whether they have decided to sell a part of their stake. Nonetheless, they will continue playing an important role in the whole cryptocurrency market independently from the virtual currency they hold. 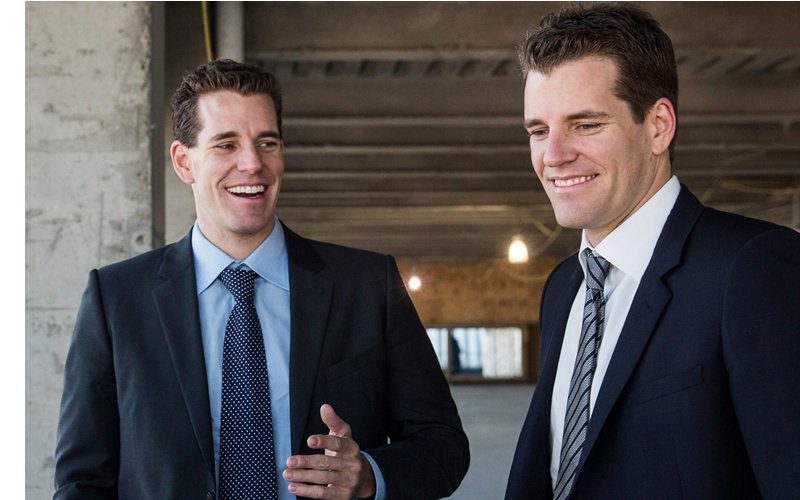 Vitalik Buterin is a name that hardly requires any introduction, especially for those well accustomed with the crypto space. Our list wouldn’t be complete without Vitalik, the mastermind behind the whole Ethereum project, and, arguably, the most important person in the crypto sphere after Satoshi Nakamoto.

It’s a well-known fact that Vitalik Buterin is a very wealthy man with one of the biggest net worths in crypto. Even though the inventor has never publicly acknowledged how much ETH he owns, there have been reports of him transferring 30,000 ETH to Bitstamp, one of the biggest crypto exchanges, somewhere in December 2017. Other forums and public posts depict Vitalik as the holder of somewhere around 500,000 ETH.

At the end of the day, nobody can answer this question apart from Vitalik Buterin himself. What’s more amazing is that when most people think about Buterin, they don’t see that wealthy man, but the inventor of one of the best blockchains platforms, a person for whom money is not a priority, and always looking to solve real problems within the crypto sphere.

Mr. Buterin has been involved in the cryptocurrency market and their investment on the Ethereum network is not merely financial. He is dedicated to Ethereum as a developer and leader of different teams that are investing their time and funds in improving the Ethereum ecosystem.

Thus, spending time and effort in the network is also a way of investing in it. Furthermore, there are many companies that rely on his recommendations and advice in order to invest their money in developers working on top of Ethereum. More adoption means stronger fundamentals for Ethereum, which would eventually be translated into a higher price of the ETH digital asset.

Ashton Kutcher, the Hollywood actor, is known for being passionate about technology in general. He was also one of the early investors in technologies and apps such as Airbnb and Uber, as well as cryptocurrencies. He was one of the first celebrities to jump onto the crypto craze bandwagon and has even tweeted about Ethereum in 2014, almost a year before its initial release. Kutcher is said to have invested in both Bitcoin and Ethereum, even though an official number is yet to be released.

Charles Hoskinson is also one of the co-founders of Ethereum. He is now the lead developer of Cardano (ADA) and Ethereum Classic (ETC). He has been working in order to offer alternative solutions to Ethereum.

Despite that, he is an early adopter of virtual currencies. He entered the space when Bitcoin was traded close to $1. When the digital currency moved to $250 he decided to lead other major projects and start moving forward with the expansion in the crypto space.

It is worth mentioning that he invested in the early days of Ethereum as the co-founder of the network. However, he didn’t disclose part of his investments in the crypto project or whether he sold all his coins after some time.

He has been involved in a large number of crypto projects and now is focused on Cardano, one of the largest cryptocurrencies in the market. The work he has been doing is very positive for the crypto market, something that helped increase the level of technical improvements in the crypto space. Ethereum is also now trying to compete with other networks, including Cardano, which is allowing developers to offer even better solutions and products.

Similarly to what Lubin and Buterin did, Hoskinson invested his time rather than just money on Ethereum. Thus, because of him and his passion for crypto projects, we could now have a much more advanced network and cryptocurrency industry. 11