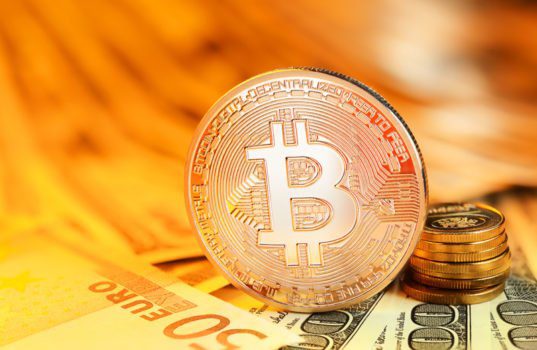 The cryptocurrency ecosystem is fascinating to say the least. In the last ten years, few financial assets have aroused as much curiosity as cryptocurrencies have. This has led to some of the top investment managers, billionaires and other celebrities invest in crypto as an alternative asset base.

The rise of crypto trading platforms has been instrumental in allowing normal people to seek profits from investments in them. Just to give you some numbers, when Bitcoin, the first cryptocurrency was launched back in 2019, one Bitcoin was worth next to nothing.

Why Investing in Bitcoins and other Crypto a great idea?

In 2017 (within 10 years), one Bitcoin was valued at over $20000 USD! In 2020, experts and analysts predict that the valuation is going to hit the $50000 USD mark. This makes investing in Bitcoins and other cryptocurrencies a great opportunity.

Being inflation resistant and decentralized, Bitcoin stabled out in 2019 and 2020 at around the $5000 USD level. This has seemed to check the volatilities associated with the currency in the last few years.

However, before you can begin to start investing, it is necessary that you familiarise yourself with the terms of this ecosystem. This is going to help you understand the literature when you are doing your research.

Whenever you are researching about Bitcoins, you will come across this term- fiat currency, a lot. Fiat currencies are traditional currencies, which are issues by national governments and central banks. These currencies are subject to the monetary policies of the country. In other words, they are the globally accepted and legally recognised as the government backs them.

You will hear about the term ‘alt coin’ whenever you are researching cryptocurrencies other than Bitcoins. In fact, Bitcoin being the original and the first cryptocurrency can never be used as an alt coin. Alt Coin or ‘alternative coin’ is a term given to any other cryptocurrency apart from Bitcoin. Ethereum, Litecoin, Ripple, etc. are the major alt coins in this ecosystem.

This term would not have been on the list had it not been scheduled to be held in 2020. Bitcoin Halving is a process, which means that every four years; the number of Bitcoins generated would reduce by half. As you know, Bitcoin is a finite financial asset numbering 21 Million. The final Bitcoin halving is going to take place in the year 2140.

In the past few years, Bitcoin Robots or Software has emerged, which helps people buy, sell or even exchange cryptocurrencies like Bitcoin and others. Bitcoin LifeStyle is one of the best trading platforms, which helps people earn close to $1000 USD per week, simply by making informed trading decisions. This has surely contributed to making Bitcoins much more mainstream.

One of the major criticisms levelled against Bitcoin was its volatile nature. People pointed out that any real assets did not back Bitcoin, which was contributing to its instability. For your information, ‘fiat currencies’ are also not backed by any real assets.

They command a value, simply because the government says so. The failure of this was made evident when the global financial markets crashed in 2007-08. Bitcoin was discovered as a reaction to this crisis. It continues to be an exciting new opportunity that seeks to change the financial future of the world.