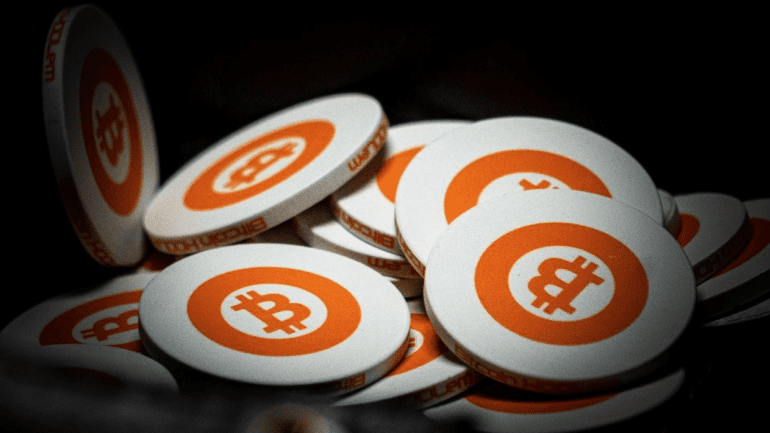 We have heard the term Hodl (not hold) in the cryptocurrency market and also in traditional finance. But what does hodl mean? What is this term all about? This is a topic that became very popular, specifically during bear markets in the financial industry.

In this guide, we tell you all the things you should know about hodl. The term could help you understand conversations before you did not know what they meant or it could help you plan new cryptocurrency trading strategies. It is up to you to decide how you use this knowledge.

Disclaimer: the information shared by UseTheBitcoin and its writers is for educational purposes only. This shouldn’t be considered investment advice. Never invest more than what you are able to lose and always contact your professional financial advisor.

What Does Hodl Mean in Stocks?

Let’s start with the answer to what does hodl mean in stocks. This is a very important question because it will help you get a better idea of how some stocks work and how market prices change.

When we talk about stocks, we make reference to securities that can be transacted by people and companies in the market and that represent a fraction of a company. One of the main characteristics of stocks is related to the way in which they behave.

Hodl in stocks means that you hold a stock for a long period of time despite the price of the stock falling after your purchase it. Let’s suppose that you have purchased stock A for $100. You expect to close your trade (sell stock A) at a profit, let’s say at $120.

However, due to different reasons, the market falls and stock A’s value moves to $50. Many traders would consider that this is the moment to sell because everyone is selling. But if you did not sell at the top, then it might also not be a good idea to sell at a loss close to the bottom.

A stock hodler would wait for the stock to appreciate in value before selling, even if there is a long bear market for stock A. Hodlers believe in the long term of different projects and think that the assets they purchase could grow in value in the future. Thus, price fluctuations should be considered normal.

What Does Hodl Mean in Crypto?

With the expansion of the crypto market and a larger number of investors, the term hodl became more important as well. Specifically, the term hodl in crypto means to hold Bitcoin (BTC) or any other cryptocurrency despite the price of the asset falling.

This could be very dangerous in many cases. For example, during the Initial Coin Offering (ICO) craziness of 2017 and early 2018, a large number of investors purchased crypto tokens believing they were going to make the investment of the century.

Many investors were able to achieve great results, but many others purchased at the top of a bull market that ended up with over 95% of tokens disappearing from the market. Before we knew how the ICO craziness was going to end, several users preferred to hodl their digital assets and wait for the price to recover, something that did not happen.

So what does hodl mean in crypto? It means that the person that purchased a virtual currency would not sell it even if the price of the asset continues to fall. As shown above, this has created very negative situations for a large number of users that now do not have the possibility to financially recover from this situation.

In other types of virtual currencies such as Bitcoin, which has been growing since it was launched in 2009, the hodl strategy has been very profitable. Buying BTC during bear markets has been profitable in Bitcoin’s history.

However, this does not mean that it could happen in the future. Thus, investing in cryptocurrencies is something that should be done with caution and consciousness of the possible outcomes of a good and a bad investment strategy. Hodl is not for everyone, but it could be very useful for many long-term investors.

There is a clear demand from users to know hodl definition. The term became very popular and knowing its origins is something that could give some more meaning to the question of what does hodl mean.

The term was originated in a Bitcointalk forum post created by the user GameKyuubi. Bitcointalk is the most popular forum to discuss crypto-related and Bitcoin topics, among other things. On December 18, 2013, this user explained that he spelt the title of his post twice, even when he tried correcting it the first time. He tried writing hold rather than hodl.

He was trying to convince people not to trade but to hold instead. He explained that during bear markets, many traders are able to make money, but people that are not capable of doing so prefers to hold the digital currency.

On that matter, he wrote:

“You only sell in a bear market if you are a good day trader or an illusioned noob.  The people inbetween hold.  In a zero-sum game such as this, traders can only take your money if you sell.”

As soon as a few minutes after publishing the post, other users started to laugh about “HODL” meaning. Some users were even suggesting that a meme could start from this “epic thread” in the Bitcointalk forum.

PS this is fun. But I am hodling too, even managing without the whiskey. Don’t worry it will come back.”

In fact, there has been a meme mania after the post started by GameKyuubi. The term became popular and it is now considered a meme used by everyone in the cryptocurrency community. Whether then you practice it or not it is up to you.

Is it Hold or Hodl?

This is also one of the main discussions in the community. Is it hodl or hodl? But again, people that would not know the term would ask: what does hodl mean? It means hold, but it has a special connotation.

The term hodl would not be popular with the correct spelling, this is why many users consider that the correct way of saying hold is “hodl.” But others that prefer the correct terminology would stay say hold.

There is no right way to say hodl. Some people prefer to write it hodl while others prefer the correct spelling. It is up to you to decide which is your favourite way to describe this investment strategy that you have in the cryptocurrency market.

It would also depend on where you are using the term. If you are in a forum where people are joking about hodl, then you should definitely use hodl. Instead, if you are working on academic research, why not use the correct spelling? Everything would depend on the situation and the connotation you want to give to this term and its meaning.

If you know what does hodl mean crypto, then you are free to select the spelling you like the most depending on the situation. Nobody will judge you depending on the word you use to describe the act of storing Bitcoin or any other asset for long periods of time.

How to Hodl Bitcoin?

There are different ways in which you can hodl Bitcoin. The first thing you need to know is that this is a risky strategy. You do not know whether Bitcoin is moving higher or going to lower prices, thus, you take the risk of being below your entry level for years. This is why you should analyse the positive and negative things of hodling.

If your strategy is for the long term, then you should definitely get access to a hardware wallet. This would help you store your funds in a safe way for the next years. If instead, you want to trade digital currencies, you shouldn’t look into the hodling strategy.

A hardware wallet is necessary if you are a long term investor that only wants to accumulate Bitcoin and other virtual currencies. The negative thing about hodling Bitcoin is that you will have to purchase a hardware wallet.

A hardware wallet would help you to protect your private keys in the best possible way. Of course, an alternative is to have a software wallet to which you control your private keys. Exchanges are usually targets of hacks and attacks due to their large holdings of virtual currencies.

However, software wallets could eventually be hacked if your device is infected with a virus. Hardware wallets are the most secure devices created to store private keys thanks to the fact that they are isolated from the internet.

Additionally, you do not only need to acquire BTC, but you can also purchase other virtual currencies. Having a diversified portfolio is very important when planning a hodl strategy. Over time, you will have to rebalance your portfolio and stay in line with your holding requirements.

Some other hodl strategies include hodling gold, Ethereum (ETH) or Bitcoin until specific milestones are achieved. Some ETH holders would hold the digital asset until the network becomes fully PoS. There are other Bitcoin holders that would prefer to hodl BTC for at least a year.

The decision depends on you and how you organize your trading strategies. In some cases, traders prefer to hold a part of their funds and other parts use them to trade on a regular basis. Depending on your risk and strategies you would hold in one or another way.

If you want to reduce your risk, one of the things you can do (not financial advice) is to purchase Bitcoin when it falls and sell part of your funds when it moves higher. How high can it go? Nobody knows. How down can it move? We also do not know it. This is why some investors prefer to buy a fixed amount of dollars worth of BTC on a weekly basis to reduce uncertainty and losses.

The holding strategy that you implement would be in line with your market needs and your investment goals. Once you have clear these things, it will be easier for you to understand the way in which you should plan your holding strategies.