Markets by TradingView
Home » Parity Requests Users To Upgrade Their Systems, Is There An Attack Underway?

Parity Requests Users To Upgrade Their Systems, Is There An Attack Underway? 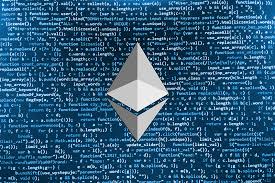 According to a recent announcement released by Parity, they are releasing a new update to protect users and the whole network against a possible attack. As per the press release published a few hours ago, some reports show that Parity Ethereum nodes are not syncing properly, which could be related to an attack on the system.

Is Ethereum Being Attacked?

Parity Technology informed that they have investigated reports of Parity Ethereum nodes that were not syncing. This is why they are asking users to download an update to be protected against these attacks.

The announcement requests users to update their nodes to the newest version as soon as possible, even if some of these users are not experiencing issues. The new releases include the v2.6.8-beta and the v2.5.13-stable, which are going to help users get protected against these attacks.

Parity Technology has also shared the information also on Twitter, trying to reach a larger audience regarding this possible attack on the network.

We have investigated reports of some Parity Ethereum nodes not syncing and believe there may be an attack underway.

According to Stefan George, co-founder of Gnosis, Ethereum Parity Client was facing some syncing issues as well. He stated that Parity Technology was looking into them trying to solve the issue.

These were just some users claiming to have issues. Many others have also claimed similar things and were worried about the effects this could have on the network.

I maintain a bunch of @ParityTech
nodes and can also confirm that a bunch of them started to fall behind within the last 30 minutes. Luckily, for now, restarting Parity seems to have fixed the issue.

One of the users on GitHub explained that they didn’t realize the issue until the logs had already been rotated out. He explained that when they upgraded Parity for Muir Glacier, it had to rebuild the entire chain history on all the nodes that died. However, the user lost four nodes in the same way.

One of the alternatives to Parity is known as geth. However, many users prefer to use the Parity clients considering they offer solutions and services that fit their needs.

At the time of writing this article, Ethereum (ETH) is the second-largest cryptocurrency in the market with a price per coin of $132 and a market capitalization of $14.46 billion.