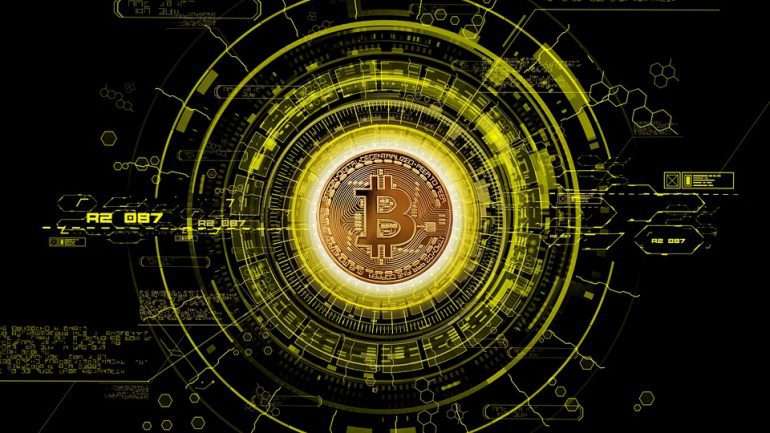 Bitcoin (BTC) has just surged above $10,000 after experiencing a price increase of almost 6% in the last 24 hours. This is the third time that Bitcoin is traded above that level in the last few months. The main question remains whether Bitcoin will be able to continue moving higher and reach new price levels.

Many experts consider that Bitcoin has now surpassed a very important level after the bear market that started in January 2018. The monthly chart looks certainly bullish if Bitcoin is able to remain above the current levels. During the European night, Bitcoin reached a high of $10.250,00. Now we see that Bitcoin is trying to consolidate at these levels before moving higher or falling again to previous positions.

The current price reached is the highest since early 2020 when Bitcoin was in a bull market that was suddenly cut by the expansion of the Coronavirus crisis and the fall of financial markets. This seems to be bullish for the digital asset but we also need to take into consideration that Bitcoin is growing since March without a clear correction, which can be experienced later.

Raoul Pal, a recognized crypto investor and analyst has shared a chart in which he shows it may be the time to see BTCs breakout of the abovementioned channel. Of course, depending on how traders and analyst draw the lines we have different results.

Bitcoin could also be showing strong support on the 0.382 Fibonacci retracement level that showed to be resistance and support as well in the past. If Bitcoin closes above the upper band we may see a retest of it. If BTC is able to handle this, then we may see the largest cryptocurrency moving higher. 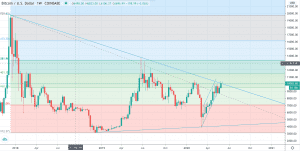 Indeed, many would like to see a breakout from the previous local high registered around one year ago with BTC being traded close to $13,750. Once surpassed that level, there may be easier for the digital asset to reach a new all-time high if the sentiment helps.

It is worth taking into account that Bitcoin has halved three weeks ago and that the new BTC issued have been reduced by half. In the coming months, we could see a positive effect of Bitcoin’s price and bullish trend.