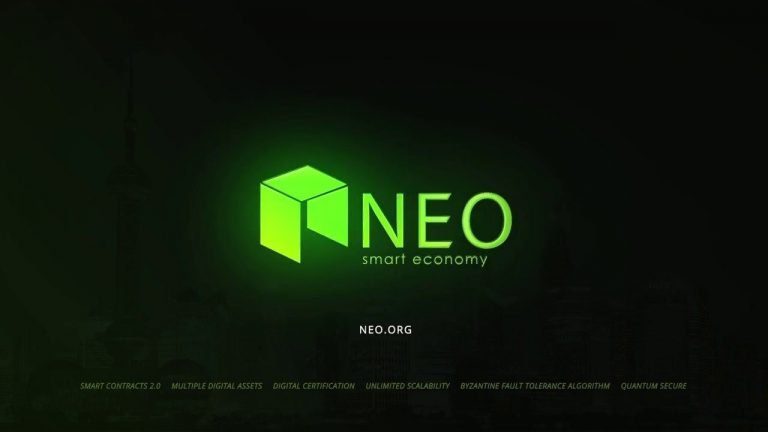 (Updated April 10, 2021) Last year NEO experienced mixed signals. The price of this coin was expected to rally to $30 by the end of 2019; however, this didn’t materialize as the crypto market failed to mount a late rally. Neo started the year trading at around $7. Its price would see significant gains over the ensuing months managing to peak at the $20 area by July. However, that is as good as it got for the coin.

But, with China set to accelerate blockchain adoption as a core innovation, the prospects for NEO look bright in 2020. Recently the platform became the first blockchain project to join Microsoft-created .NET Foundation.

The platform has integrated a blockchain toolkit directly into .NET. NEO plans to use the integration to improve the experience of smart contract development by accelerating the creation of dApps on its blockchain. It’s a move that the foundation hopes will attract more developers to the platform and overall accelerate the adoption of the blockchain technology.

In this piece, we are going to take a look at expert opinions, technical analysis, and a few reasons why the price of NEO is set to rise in 2020.

Experts’ Opinion On Why NEO Will Rise

According to crypto experts, NEO price will increase in the coming years for several reasons. Let’s take a look at some of these reasons. Mark Cagney, the co-founder at Social Finance (SoFi), stated that the coin has the potential to replace Bitcoin due to its innovative use of blockchain technology. Overtaking Bitcoin means massive adoption, which will see the coin’s price rise.

Brian Evans, a famous blockchain evangelist, and Angel investor, also supports NEO’s future growth. Evans states that “The big move for NEO is creating an entire smart economy. It has incorporated digital assets, smart contracts, and a digital identity that can be used for real-world applications and become integrated into the real economy. China could be a candidate for that first real-world application and integration.” When more companies continue to adopt smart contracts, more traders will see potential in the coin, and this will see its price surge.

Additionally, Rakesh Upadhyay, a writer for a leading crypto publication, believes that recent positive developments, such as the newly announced $100 million EcoBoost fund, will pop NEO’s price higher. The writer holds a bullish view of the coin’s future price due to these developments.

Despite that, regulations in China have also affected NEO’s price during the first months of 2018. The main question remains what will happen in the future if these restrictions are not lifted.

Other factors that are driving the price of NEO.

A NEO price prediction is based on the possible benefit from the upcoming network upgrade that will see the launch of NEO 3.0. The new protocol will help the platform scale sufficiently and build a fully integrated digital economy. According to Da Hongfei and Erik Zhang who are both the founders of the NEO platform, they hope to make the protocol the number one blockchain in 2020.

The upgrades will help the project create a decentralized platform that will be able to support large scale commercial applications. The focus will be put on reliability, increase on the storage capabilities and increased transaction per second output.

Precisely, the new features that will be added on NEO 3.0 include:

1.    Native contracts which will be a new type of smart contracts that will run code directly instead of using the NEO virtual machine directly. Both NEO and Gas will exist as native contracts in NEO 3.0.

3.    There will be an improvement of the dBFT consensus mechanism.

4.    There will be manifest and permission system where smart contracts will be classified to facilitate efficient communication between them.

5.    Development of the NeoFS, a proposal that seeks to build a distributed storage network that will be complete with its own economic incentives.

Even though NEO already has a firm footing on China’s ballooning decentralized economy, the platform doesn’t seem to be planning to rest soon. The project is pushing forward with global expansion plans. It’s wooing governments and individuals worldwide with the notion of its smart economy.

The project is already organizing hackathons, conferences, presentations, and meetups. These development efforts aim to escalate the blockchain’s global expansion.

In April, the NEO team toured Europe for the second time this Year. The group passed through Lisbon, Madrid, Paris, Zurich, Amsterdam, and Vienna. Also, they made a stop at Brussels where Da Hongfei, the NEO founder addressed the European Parliament on the benefits of the blockchain technology.

In its quest for global domination, the team has also toured South America. In May, the group visited Brazil presumably aiming to plant roots in what promises to be the next frontier for blockchain technology.

The NEO Ecosystem Is Growing

Recently the NEO Global Development (NGD) team announced that it had new updates for the NEO platform. The two updates come in the shape of two new tokens; CNEO and CGAS. The C stands for a contract. It implies the tokens will be specifically used for smart contracts. The $20 in our NEO price prediction takes the action of these coins into account.

The value of the two new tokens is pegged in value to NEO and GAS, and they can be exchanged for both at their market rates. According to the blog post, the additions have come out of necessity. An increasing number of dApps on the NEO platform has led to the need for a more diverse set of asset types.

“In response to requests made by the community, NGD has developed CNEO and CGAS, two contract assets that correspondingly map NEO and GAS, two global assets, to NEP-5 smart contract equivalents.”

In their current state, NEO and GAS cannot be easily utilized by smart contracts. It’s this reason that has led to the need to convert them to NEP-5 equivalents.

Usually, custom tokens fail to garner recognition by the wider cryptocurrency community. It can lead to then not getting listed on exchanges, and it’s the main reason why the team has pegged both to the existing digital assets.

“Whenever any project issues a NEP-5 token for that contract, the community might not recognize its token or exchanges are not willing to list it for circulation. As such, it is costly for the project. The community then recommended to the NGD team to issue a NEP-5 asset pegged to NEO/GAS.”

Want to learn more? You can see our coverage of the top NEO projects here.

In addition to it, NEO is working on a regular basis during this pandemic to fight against Coronavirus. There are many initiatives on the NEO platform that are helping companies and firms all over the world.

As we can see above, the usability of the NEO blockchain is on the rise. It’s something that we can expect to push the price of NEO higher very soon. Indeed, NEO was able to reach $20 per coin and the price of the digital currency could continue moving higher in the coming weeks. There are several projects being developed that could definitely place NEO price above $100.

NEO is also experiencing growth in terms of DeFi applications and companies working on its ecosystem. Flamingo is one of these firms trying to offer DeFi solutions on top of the NEO network.

As per the analyst, the NEO/USDT trading pair after the recent high is currently moving between 2 minor structures. He considers that the price could eventually break above and this could be a great way to open a new long order.

If the price of NEO surpasses the resistance level, then we could see a continuation of the bullish trend.

NEO is currently holding on to strong support from 2018. As per the analyst, the price is being accumulated at these levels waiting for strong hands to add volume to the NEO/USDT trading pair. This could certainly push the price higher in the case of Bitcoin (BTC) and other virtual currencies also move higher.

It is worth mentioning that the analyst is waiting for the breakout of the bullish pennant and support at its upper divergence to enter a long position. The buying zone for traders should be once the breakout retests the upper band of the pennant and it confirms the bullish sentiment for NEO.

The analyst is making a long-term analysis of the NEO digital asset. He takes into consideration a time-frame between the end of 2017 and nowadays. He considers that there is a strong resistance level at around 93 USDT per coin and that the trend could continue moving higher.

The digital asset could eventually reach the 143 USDT level in the future, according to the analyst. Nevertheless, NEO is currently in a growing channel that has worked as a resistance level for the price of the digital currency in the last years. It will be very important to follow the future price movements of NEO and how this bullish movement could end.

NEO still in the bottom! by RocketBomb on TradingView.com

This analyst considers that NEO is not an overhyped coin and the digital currency looks good for the near future. She stated that by analyzing both NEO/USDT and NEO/BTC it is possible to get a clear idea of the potential of this virtual currency.

As she explained, in the BTC pair, NEO is still at the bottom. In order for the virtual currency to start moving higher, it would need to first have a clear movement in the BTC pair. The buying opportunity for the analyst is close to 0.000848 BTC per NEO or between 37 and 42 USDT per coin.

NEOUSDT – EW analysis – C wave down by cyclewave on TradingView.com

According to the NEO analyst, the virtual currency could finish the third ascending wave and start a correction through a 4th wave. This Elliott Waves analysis shows that NEO could now move downwards to 34 USDT or 32 USDT and start the fifth wave towards a price of over 45 USDT per coin.

Nevertheless, we need to wait for the fourth corrective wave before the beginning of the 5th one. The analyst believes that the correction could eventually reach 33 USDT but not lower. This could be a good moment to enter the market and wait for the 5th wave to form.

The strong performance of the NEO token has ensured that the project has maintained its position as a top 20 cryptocurrency. The platform is also working on solving some of its most pressing issues with the ongoing NEO 3.0 updates which will be great for the price of its token.

Based on what we have seen so far, it would be wise of any investor to add some NEO to their portfolio to ensure they don’t miss out on the profits to be realized once the coin starts to rally again.

Of course, if this interests you in buying NEO or trading for it, you can use Binance and find out how to do so with our full Guide To Buy NEO on Binance.

You can also trade for NEO on Bittrex and use our guide here.

You can learn more about NEO’s passive income opportunity through its GAS production with our guide here.